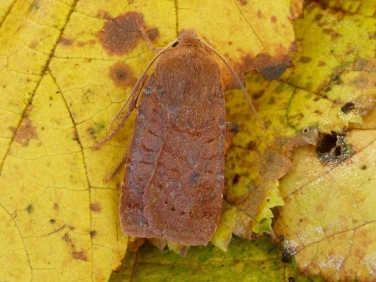 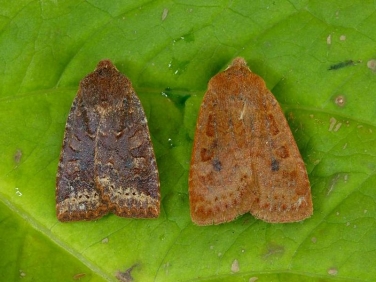 What an anti climax! Amazingly mild overcast conditions for the time of year and the only moth attracted to a 2×30 watt actinic trap was The Chestnut.

The species can be confused with the Dark Chestnut (Conistra ligula) but this species is rarely recorded after Christmas and has a squarer outer edge to the forewing when compared to the more rounded outer edge of The Chestnut. This difference is not always clear on worn specimens.

Insight into The Chestnut (Conistra vaccinii): it has a wingspan of between 28 and 35mm and is a common moth found throughout most of the UK. It is one of the few moths that can be seen from the autumn through to late spring.