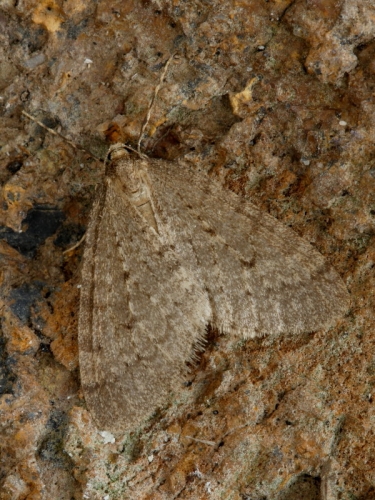 Well, at least it’s something seasonal. Having reported on butterflies, bees, warblers and unseasonal flowers in recent days Winter Moths attracted to the lounge window last night were a reminder that it is, after all, still only January!

Winter Moths may give moths a bad name because of their bland appearance but, as is so often the case with insects, they have a fascinating life-cycle.

Surprisingly, the adult females are flightless. Being wingless they crawl up the trunks of trees, give off pheromones and lie back and await a male!

Once mated they will lay their eggs in developing buds before dying shortly afterwards.

In the spring the caterpillars time their emergence with that of developing buds in April and will feast on a variety of tree foliage. The caterpillars spin threads around the leaves and feed amongst it.

They have also been recorded hanging from a spun silk thread and being blown by the wind on to another branch or tree, a method of distribution known as ballooning.

The caterpillars shown below were found last April feasting on apple trees growing amongst hedgerows along the South West Coast Path near the Helford River, Cornwall. 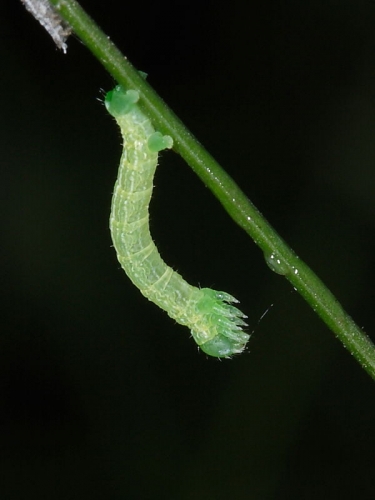 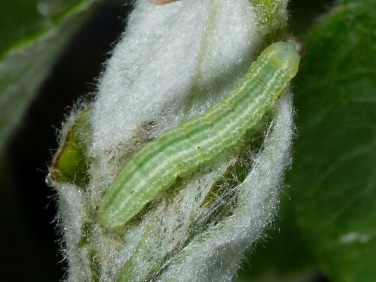