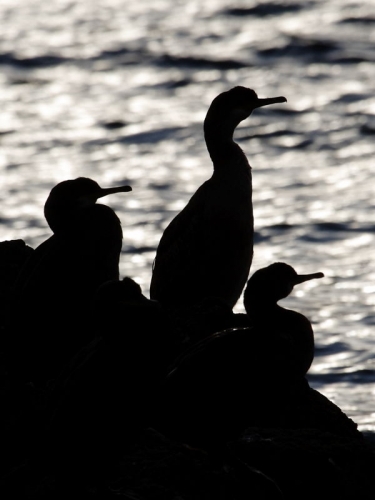 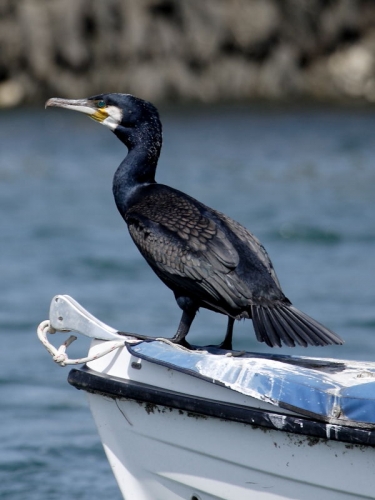 The last few mornings have seen large flocks of Shags and Cormorants feeding at first light on shoals of fish close to the shore. In excess of 500 were seen following the fish shoals in a westerly direction across the bay. Later in the day, having fed, some of the birds can often be seen sitting on rocks at low tide and on mooring bouys in Falmouth harbour.

Insight into Shag (Phalacrocorax aristotelis): These two images may help those people who’ve stopped and asked us the difference between the two species. Even as a silhouette the more rounded head shape of the generally smaller Shag can be appreciated.