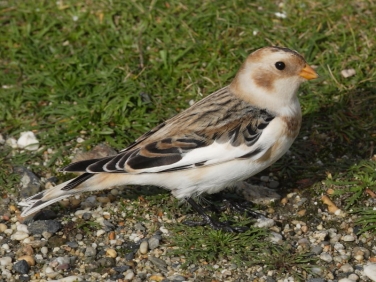 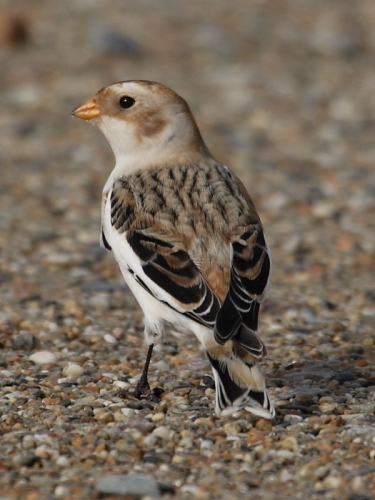 This Snow Bunting has been feeding on the sea paths around the car park at Marazion for a few days. The bird is amazingly confiding and reluctant to fly even when walkers and cyclists pass within a few feet.

Insight into Snow Bunting (Plectrophenax nivalis): predominantly a winter visitor to the UK, mainly from Scandinavia and Greenland, although small numbers breed in Scotland.

Numbers vary from year to year but they may be seen in large flocks along the north and east coasts, spending much of their time feeding on the ground.

In the summer the adults lose much of their buff colouring with the males in particular having a contrasting white and black plumage.