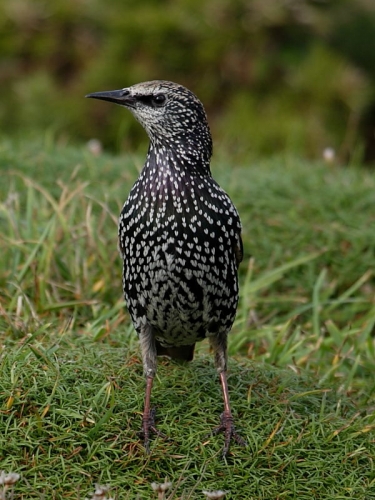 Even a common bird such as this Starling can make you look twice. This one seen at Godrevy Point, North Cornwall was in winter plumage with its dramatic speckled chest making it look quite exotic.

Insight into Starling (Sturnus vulgaris): A common resident bird throughout much of the UK with numbers swollen during the winter by the arrival of millions of continental birds which can form huge flocks and produce spectacular displays at roosting sites.

Recent numbers have shown a decline due, it is thought, to a change in agricultural practices and a reduction of grazing land on which the birds feed on Leatherjackets, the larvae of Cranefly or ‘Daddy-long-legs’.