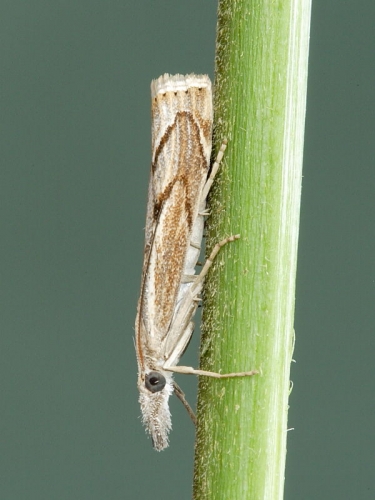 Several Agriphila geniculea have been attracted to light recently. They are part of a family of micro moths often called ‘Grass Moths’ because of their presence in long grass where they align themselves with the stem and are often only noticed when they fly having been disturbed.

Insight into Agriphila geniculea: members of the Crambinae group of micro moths which are part of the large Pyralid family, they are common in dry grassy areas of southern UK but become scarcer further north.

Of the many different species of British ‘grass moths’ they have one of the latest flight times and may be seen into October.

Identification is usually relatively easy with the elbowed cross lines but on some specimens these markings are not present.