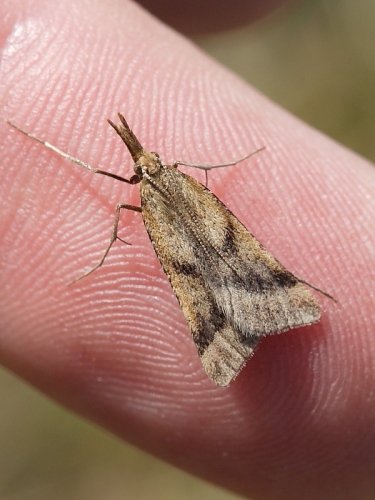 Some were very well marked but proved difficult to photograph amongst the grasses until one landed on my finger.

Insight into Synaphe punctalis: a nationally scarce moth found mostly on a few coastal sites around the south and south east coast of the UK, it can be locally abundant.

The larvae feed on mosses and the adult moths are sexually dimorphic with the females being paler.