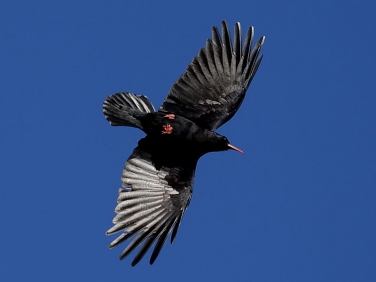 There is good news on the Chough in Cornwall.

An update on the success of the small Cornish population in 2011 has been released by the RSPB who have been monitoring this year’s breeding success.

A total of fifteen chicks have been colour ringed from four nests with another nest being predated. It is hoped the 15 chicks will all go on to boost the resident breeding population.

Although locations will not be disclosed the RSPB and the Cornwall Bird Watching and Preservation Society would still welcome records of sightings and photos.