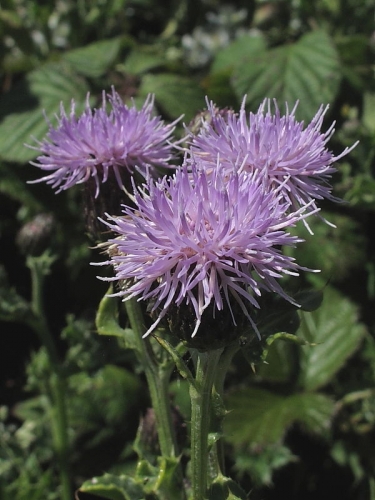 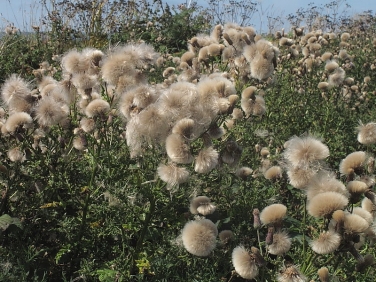 These thistles are a slightly bluer pink than most other thistles and are often found in great drifts on rough grassland and roadsides.

Insight into Creeping Thistle (Cirsium arvense): also known as Field Thistle, its seeds are a source of food for many birds such as Goldfinch and Linnet and it is an important foodplant for the larvae of a number of species of butterfly and moth, such as the Painted Lady butterfly.

It is native in the UK though it’s listed as an “injurious weed” under the Weeds Act 1959. According to the Department for Environment Food and Rural Affairs, the Secretary of State “may serve an enforcement notice on the occupier of land on which injurious weeds are growing, requiring the occupier to take action to prevent their spread“.