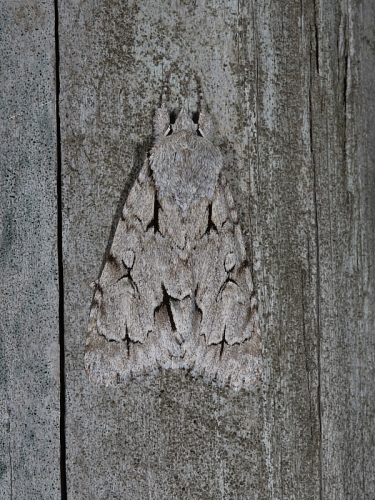 The cryptic design of moths never ceases to amaze!

This Dagger species was sitting on a fence post barely three feet in front of us and despite spending twenty minutes trying to photograph a parisitoid wasp that repeatedly passed over it, we failed to notice it until much later.

However, the caterpillars of the two species are very different.