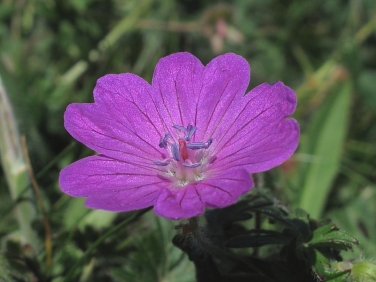 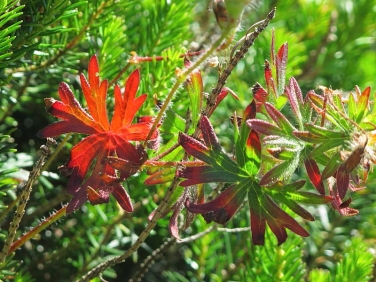 A mass of these beautiful purple flowers were on the slopes above Kynance Cove on The Lizard peninsula at the weekend.

Insight into Bloody Crane’s-bill (Geranium sanguineum): a native usually found in north and west Britain, it is also found in some parts of Cornwall although on the north coast it is considered to be introduced.

It flowers from May to August and, unlike other large-flowered members of the geranium or crane’s-bill family (Geraniaceae), it has solitary flowers.

The name comes from the deep red colouring of the leaves in autumn, a taste of which is shown above right.