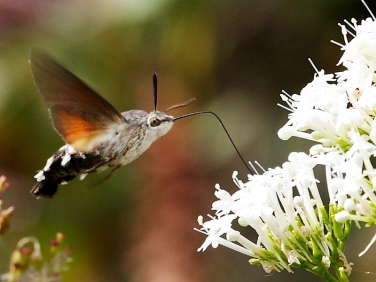 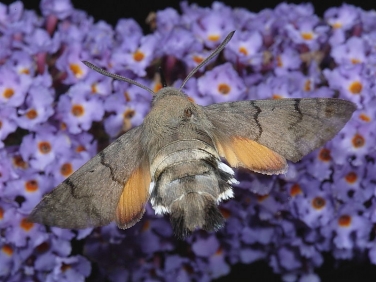 Two Hummingbird Hawk-moths were seen nectaring on Red Valerian (Centranthus ruber) at Poldhu Cove on The Lizard peninsular on Saturday (one shown above left). So far this year there haven’t been many to report but in the last few days there has been an increase. The photo above right was a record from 2007.

In some countries they have long been considered an omen of good fortune. Lets’s hope!

Insight into Hummingbird Hawk-moth (Macroglossum stellatarum): appropriately named, resembling a miniature hummingbird with a wingspan of just 20 -24mm, it’s a migrant moth from southern Europe and North Africa. It arrives in the UK annually in variable numbers.

It hovers at a variety of flowers sipping nectar with its extended proboscis. In recent years there has been evidence of it overwintering in the milder south west of the UK, hibernating in sheltered places such as out houses and in crevises in walls and cracks in trees.

There were reports of a swarm of Hummingbird Hawk-moths passing ships in the English Channel during the D-Day landings on the Normandy coast.