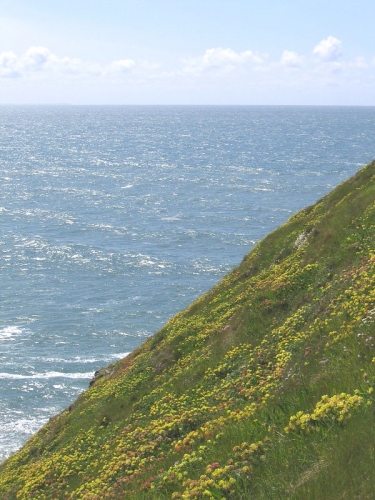 The coastal wild flowers in Cornwall in late spring are an astonishing scene. The sea slopes and cliff tops are alight with vivid yellows, pinks, oranges and reds as a carpet of Kidney Vetch and Thrift, amongst others, weave across the landscape.

Twelve of the most common coastal flowers to be seen in late May and early June are listed below and shown in the late spring coastal wild flowers gallery:

There are so many wild flowers that could be included in the list it’s difficult to know where to stop!

Of course, Cornwall also has many plants that are rare in the British Isles, such as Chives (Allium schoenoprasum), and some that are only found in the south west or just on The Lizard peninsula. More posts on these will follow.