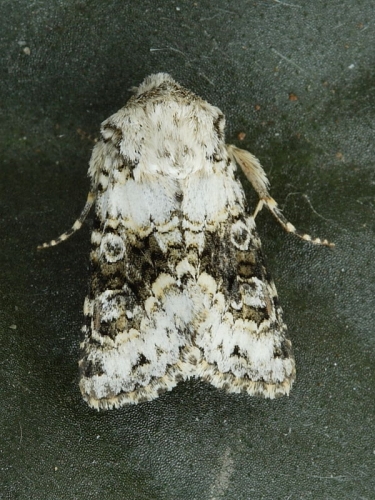 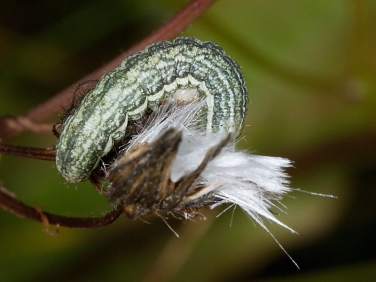 This Broad-barred White moth was attracted to light at our flat in Falmouth. A fairly common species here in Cornwall and last year we found its caterpillar feeding on Beaked Hawk’s-beard (Crepis vesicaria) on the slopes above the cliffs at the tip of The Lizard peninsular.

Insight into Broad-barred White (Hecatera bicolorata): found throughout most of the UK, the highest populations are in the South and East.

The caterpillars can vary in colour from brown to green and feed on various plants in the Asteraceae (Compositae) family that include species of Hawk’s-beard.