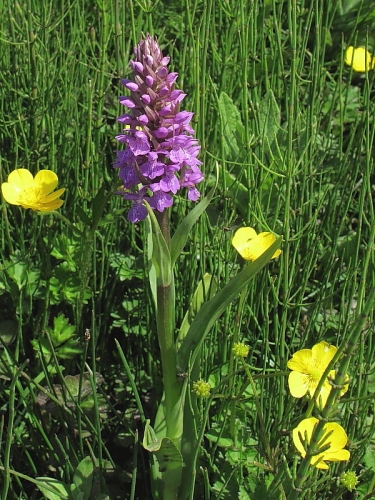 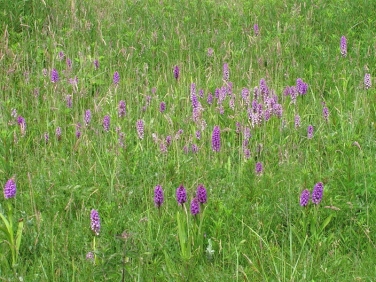 It’s always a bit special to see orchids, even if they’re numerous and fairly widespread throughout the British Isles.

This Southern Marsh-orchid was one of many in a dune slack at Penhale Dunes on the north Cornwall coast earlier this week.

The image above was of a spectacular display at Braunton Burrows in north Devon in June 2010.

Insight into Southern Marsh-orchid (Dactylorhiza praetermissa): found south of Leeds in England and in south and southwest Wales, the Isles of Scilly and the Channel Islands, it copes with various habitats but isn’t happy being submerged for long periods!

It flowers from mid-May to mid-July, sometimes into August.

There are a number of varieties including Leopard Marsh Orchid (Var. junialis) which has large oval spots on the leaves.