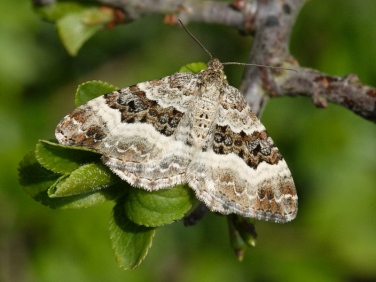 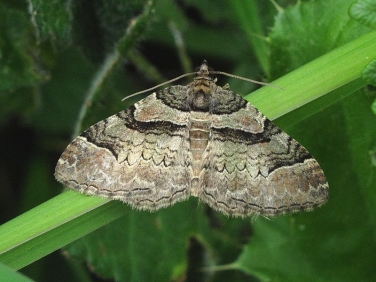 The hedgerows leading down to Rosemullion Head, near the Helford River in Cornwall, were alive yesterday afternoon with Common Carpet (Epirrhoe alternata) moths. We can’t recall ever before seeing so many of this species flying during the day anywhere in the country.

Insight: The name carpet has nothing to do with household furnishings and probably refers to its habit of lying very flat. There are many carpet species in the UK and all are members of the large Geometridae family of moths that contains over 20,000 species worldwide.

Geometridae derives its name from Geometrid the Greek word for land measurer which refers to the way the caterpillars of this family walk by moving one end of their body at a time and so forming a loop as if measuring the ground. For more information on this see our Guide to British caterpillars.