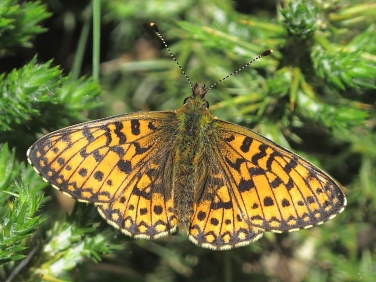 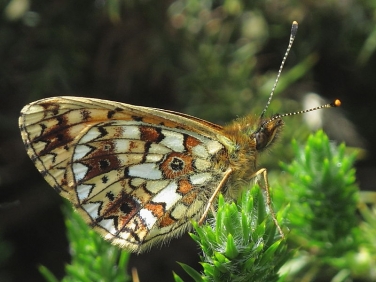 These dazzling butterflies have been flying in numbers since the beginning of May here in south west Cornwall. This was one of several seen yesterday at Windmill Farm Nature Reserve on The Lizard.

Insight into Small Pearl-bordered Fritillary (Boloria selene): still one of the most common fritillary butterflies found in the UK although its range has retracted greatly in recent years. It’s now restricted to the south and western side of the UK extending into the far north of Scotland.

The flight period is normally a single generation flying between May and July but in the warmer south a smaller second generation is common during August.