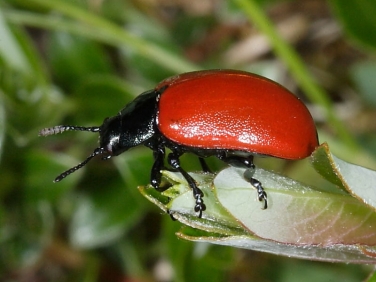 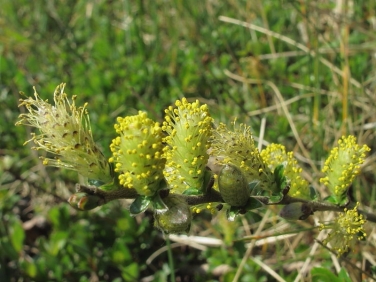 “What’s that huge red ladybird?” I hear you ask. In actual fact it’s the Poplar Leaf Beetle and not a ladybird at all. We came across several of these British leaf beetles last week on Creeping Willow (Salix repens) at Windmill Farm Nature Reserve on The Lizard in Cornwall. The last time we saw this species of beetle was at Braunton Burrows, on the North Devon Coast, where there were large numbers on the same low lying food plant.

Insight into Poplar Leaf Beetle (Chrysomela populi): found throughout the UK it appears to be restricted to habitat containing poplar and willow. The adult beetle may be seen between April to October and is easily spotted feeding amongst the green leaves of low lying willows.