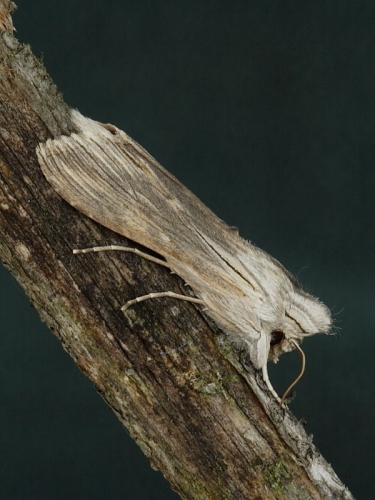 The Chamomile Shark (Cucullia chamomillae) is a moth often confused with the more common moth species The Shark (Cucullia umbratica). They are best identified by the dark lines that extend into the margin of the outer edge of the forewing compared to their abrupt end at the margin in The Shark as shown below.

The Chamomile Shark is named after the the caterpillars food plant and the raised hair tufts at the back of the head which resemble a shark’s dorsal fin. This moth has a wingspan of between 19-23mm and is local to the southern and central areas of the UK where it inhabits waste ground, grassy areas, coastal areas and field set asides.

The extraordinary Chamomile Sharks caterpillars include a pink tripped form. 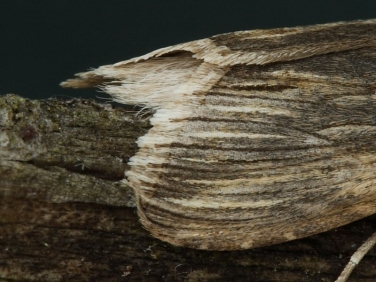 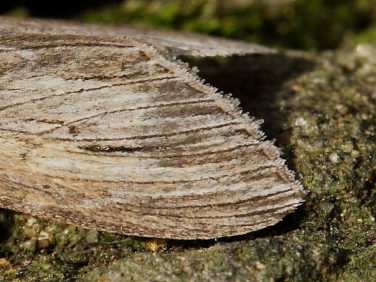