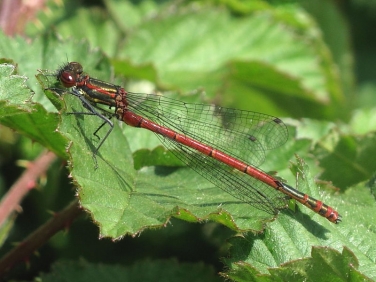 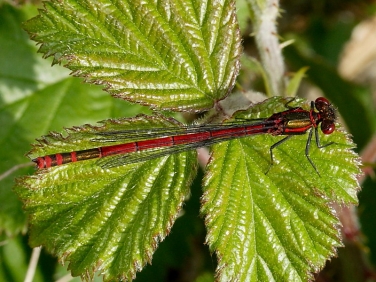 There were several mature damselflies perched in the sun at Windmill Farm Nature Reserve on The Lizard in Cornwall last week including the Large Red Damselfly (Pyrrhosoma nymphula) shown above and Blue-tailed Damselfly (Ischnura elegans). We were actually there hoping to see the Vagrant Emperor (Anax ephippiger) dragonfly, a rare visitor from North Africa, but had to settle for these smaller beauties instead.

On an earlier visit, on 21 April, we photographed the newly-emerged damselfly (below left) on a stem beside its exuvia, the case of its larval form. Despite having no pigment as yet, it’s thought to be a Large Red because of the early date and body structure.

Insight into Large Red Damselfly (Pyrrhosoma nymphula): a widespread and common damselfly that breeds in Britain, it is found as far north as the Orkneys. It’s one of the first to emerge in spring although the flight season varies with latitude. The immature period lasts 12 to 16 days during which they change colour and gain weight.

There are several colour forms of the female Large Red Damselfly with varying amounts of black. The image below right shows an almost all black form called f. melanotum.

They can be found in any freshwater habitat and woodlands.

Click the links to see more Damselfly posts or the British Damselfly gallery. 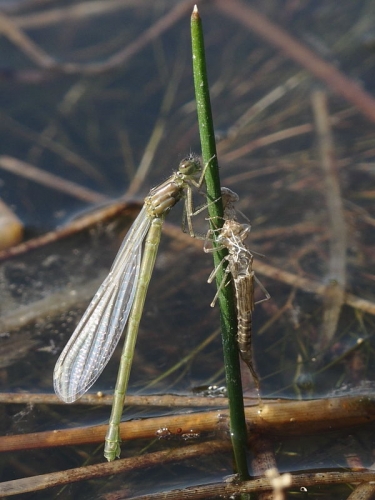 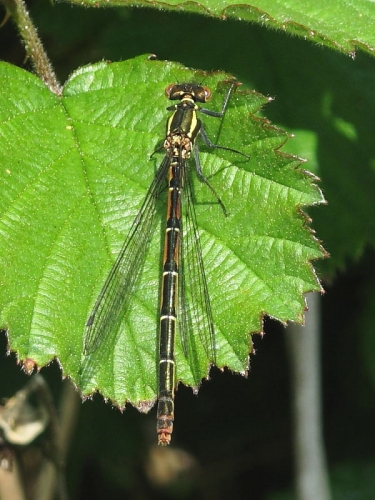