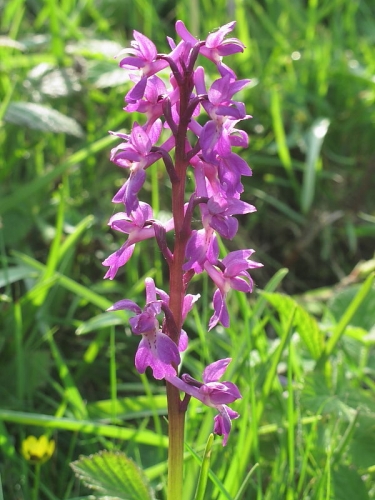 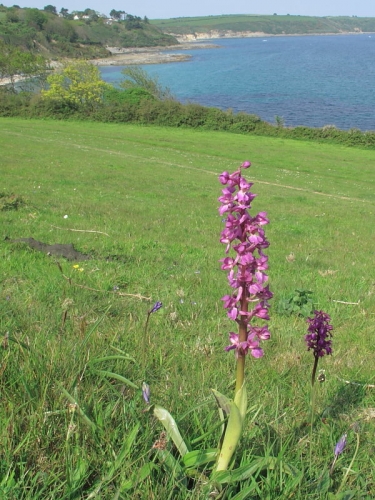 Numerous purple spires rising from the grass were a reminder that it is still only spring and not high summer despite the fine weather and heat throughout April. These Early Purple Orchid were on the South West Coast Path between Maenporth and Rosemullion Head at the end of the Helford River in Cornwall on Easter Monday.

Insight into Early Purple Orchid (Orchis mascula): the first orchid to appear in spring, it is one of the commonest found throughout the British Isles. Though can an orchid ever be common?

It has purple flowers and spotted leaves, though unspotted is not unusual, and occurs in a variety of habitats.