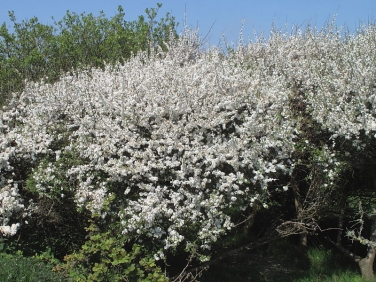 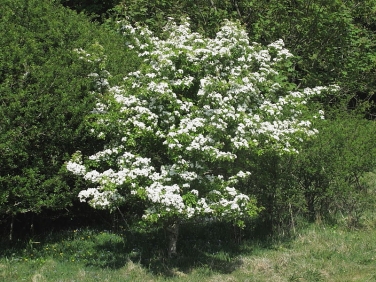 The easiest way to identify these common plants in the field is to know that Blackthorn (above left) flowers appear before its leaves, unlike Hawthorn (above right). 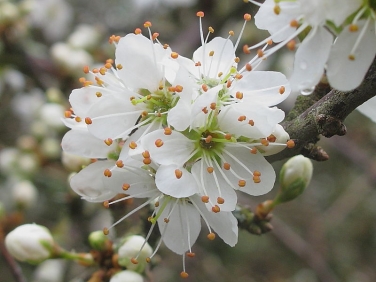 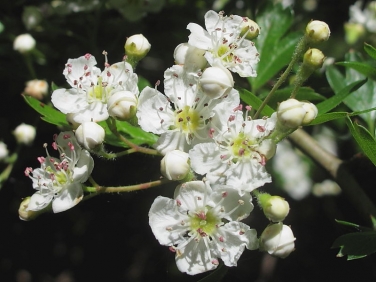 Blackthorn also flowers much earlier, typically in March to May, whilst Hawthorn waits until May to June. 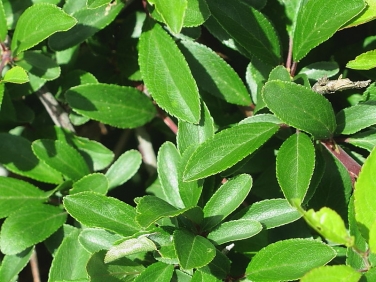 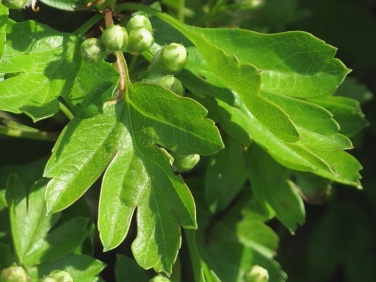 Both are members of the Rose family (Rosaceae) but their leaves are not alike (Hawthorn leaves are lobed). 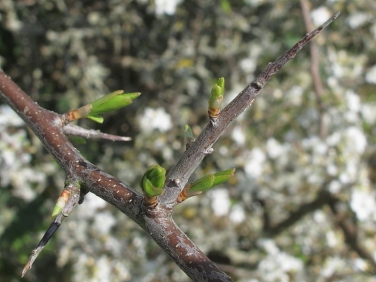 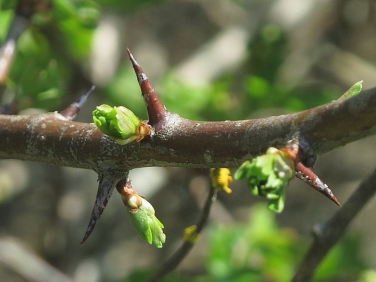 Although both are spiny Blackthorn twigs, which become black or dark grey, have thorns with lateral buds. 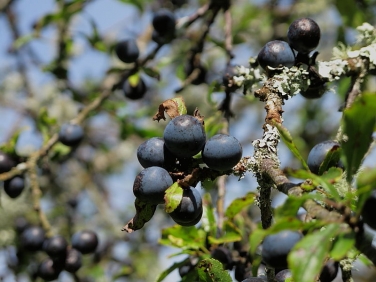 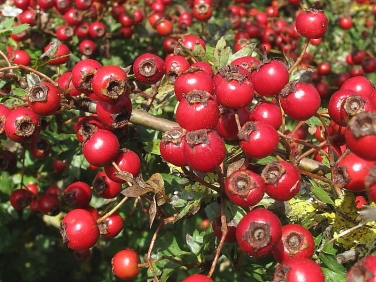 In the autumn, their fruits are easy to identify with Blackthorn producing deep blue sloes that have a bloom and resemble small plums whilst Hawthorn produces bright red, small, shiny, round fruit.