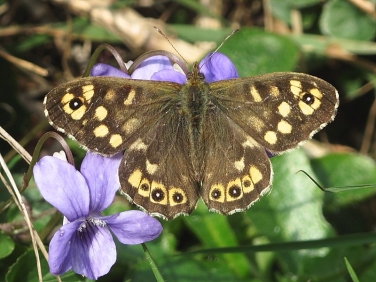 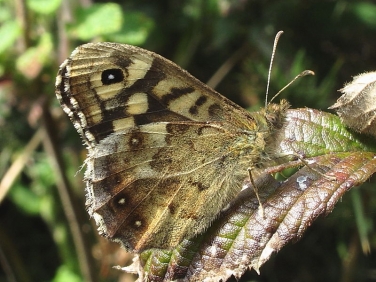 Along the hedgerows of the South West Coast Path near the Helford River, these beautiful butterflies were seen patrolling up and down the path before settling on a favourite perch.

New Speckled Wood species page This is a common butterfly in the British Isles, except the south and extreme north of Scotland, its appearance changes with location giving rise to a number of subspecies. For example, those found on the Isles of Scilly, subspecies insula, have larger and more orangey patches on the upperside of the wing.

It is the only UK butterfly to overwinter as either a pupa or larva. Emergence is spread and their flight period is between April and September.