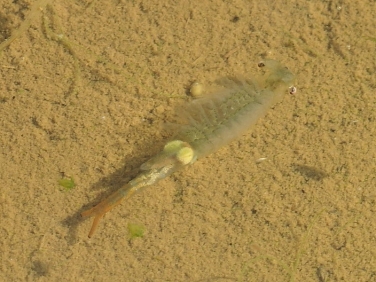 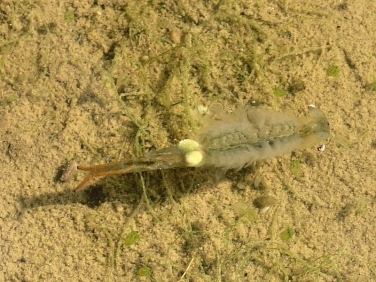 Due to their Red Data Book status we aren’t able to disclose where we found these rare crustaceans but their life-cycle is so fascinating that we hope a post may raise awareness of these amazing creatures.

The females carry their eggs in an abdominal pouch. The eggs are then released onto the muddy bottom of the pools where they remain dormant during the dry season only hatching once the water returns.

These invertebrates are difficult to locate because they spend much of their adult life hidden in mud with just their eyes protruding and are consequently probably under-recorded in the UK. One established colony is on Salisbury Plain where the species has colonised the water-filled ruts left by tanks during military training.