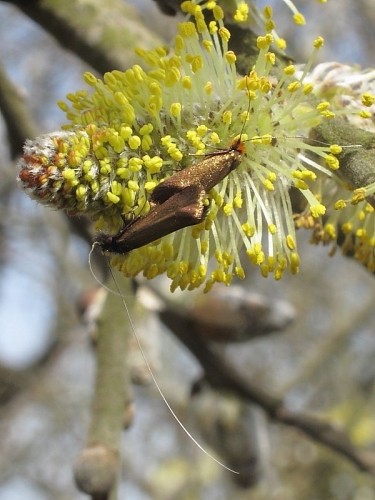 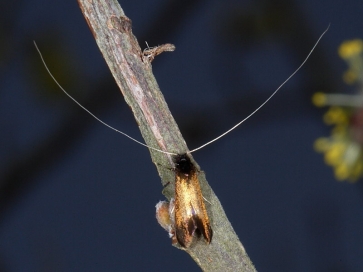 Lots of these tiny daytime flying moths, Adela cuprella, were feeding on sallows. Although there appear to be few records for VC1 this may be due to under-recording.

Insight: Adela cuprella is one of the family of micro moths often appropriately referred to as ‘Longhorns’ in reference to their long antennae.

The moths have a wingspan of about 15mm and fly during the day in the spring and can be seen nectaring on pussy willows.

They are thought to be well distributed throughout much of the UK but are probably under-recorded due to their habit of flying high up around the tops of willows.

Emmet says ‘Adela from adelos, unseen, from the larval habit of concealing itself in a portable case‘ and ‘cupreus, of copper from the coppery forewing‘.