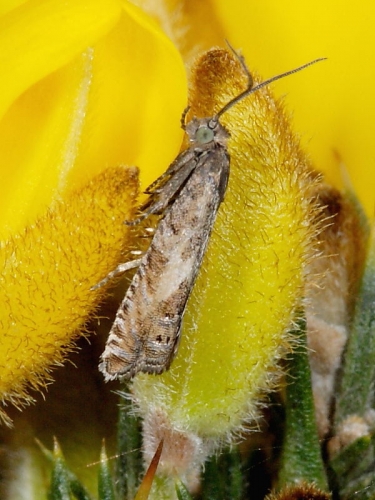 The Gorse Moth or Gorse Bud Moth Cydia ulicetana has been well recorded in recent days during our South West Coast Path walks around the Helford Estuary.

Insight: Cydia ulicetana is common on moorland and heathland in much of the UK. A tiny moth with a wingspan of 12-16mm its larvae feed on the seedpods of plant species such as Gorse (Ulex europaeus) and Broom (Cytisus scoparius).

In some parts of the world, such as New Zealand, it is introduced into areas as part of land management plans to contain the spread of Gorse. The scientific name was recently changed from Cydia succedana.