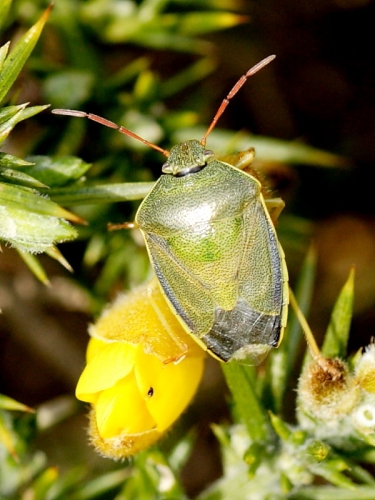 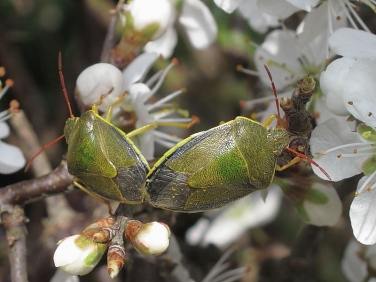 Everywhere we looked on the Gorse and nearby Blackthorn were Gorse Shieldbugs, often in mating pairs. It’s a wonder we aren’t overrun with them!

Insight: Gorse Shieldbugs (Piezodorus lituratus) are common throughout the UK wherever their predominant foodplants of Gorse (Ulex europaeus) and Broom (Cytisus scoparius) exist.

Adults may be found at most times of the year and when freshly developed from nymphs in the spring are mainly green whereas late summer adults have purplish red markings.