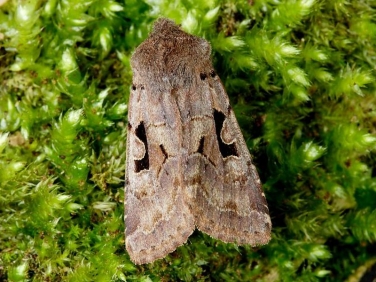 A Hebrew Character (Orthosia gothica) moth was seen nectaring on sallow blossom during the day in the Nanquidno Valley near Land’s End in Cornwall. It was too far away to photograph so this image is from our library.

Insight: This common moth is found throughout most of the UK between March and April. It is attracted to light and can often be seen feeding at sallow blossoms at night.

In a small percentage of specimens, most frequently in the North, this mark is not black but of a similar colour to the brown shades of the rest of the wing making it far less obvious.