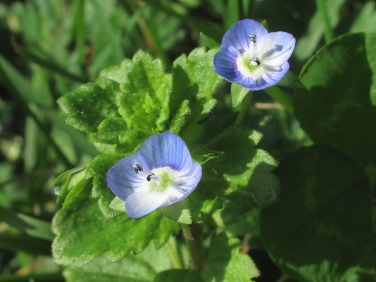 Spotted in the field above Kennack Sands car park on The Lizard in Cornwall.

Insight: Although Common Field-speedwell (Veronica persica) is very familiar, often regarded as a weed, it’s a native of Caucasus and Iran and was introduced to Britain. It flowers all year and can be found throughout the British Isles.