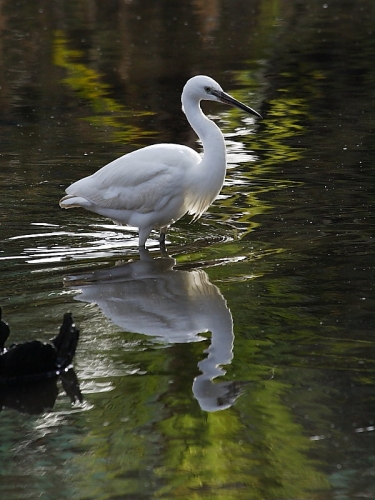 As we drove away from the Hayle Estuary this Little Egret flew across the road and landed in an ornamental pond. Not many years ago such a sighting would have brought twitchers flocking from all over the country desperate to see such a rare bird. Now it barely gets a mention.

Insight: The Little Egret is a small white member of the Heron family which has only recently colonised the southern half of the UK. It was first recorded in numbers in 1989 and is now well established as a breeding bird.

It is mainly seen standing in mud or shallow water but when in flight it’s bright yellow feet can be seen.