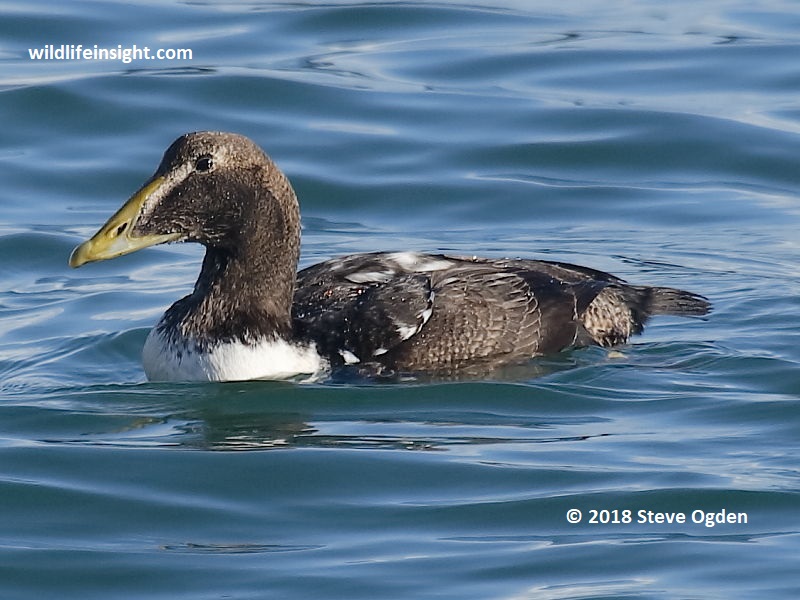 It was fascinating watching the ducks surface with extremely lively crabs and to try to eat them before the waiting gulls could snatch them away.

All were immature birds with the males only just starting to show some of the white plumage of mature birds.

For a comparison a really handsome mature male Eider Duck is shown below. 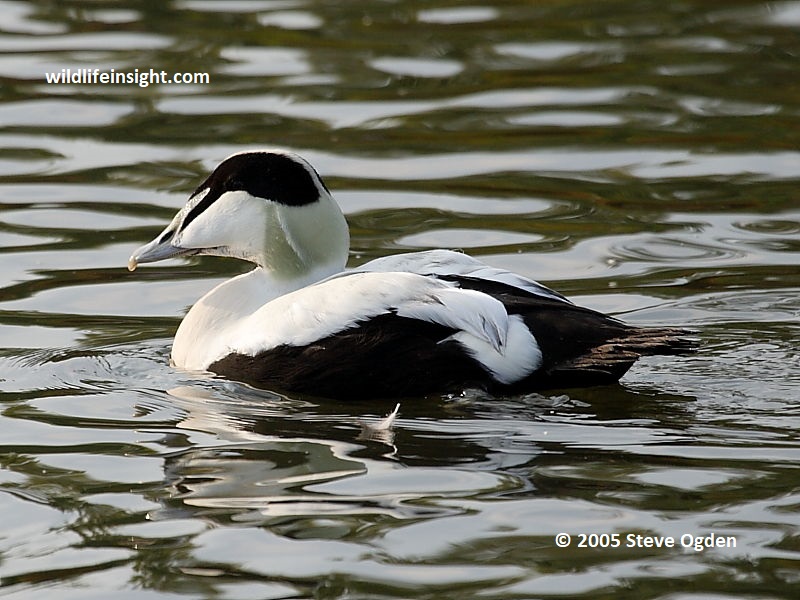 Newlyn Harbour is one of the best harbours to see and photograph winter sea birds in Cornwall.