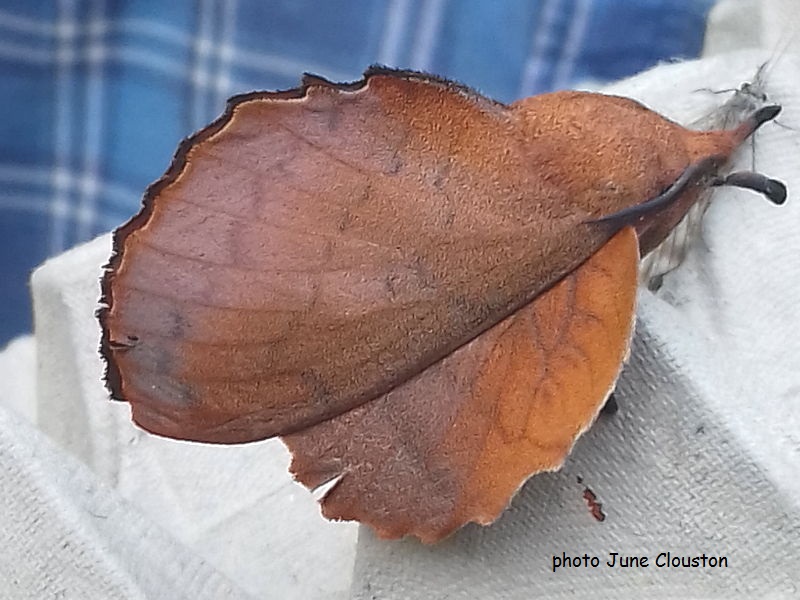 A Lappet moth was one of the highlights of a successful moth course run by David Brown at the Dorset Wildlife Trust’s Kingcombe Centre and Reserve.

This cryptically camouflaged moth was attracted to light and photographed by June Clouston while attending the course.

Like so many moths The Lappet Moth seems to be a species on decline. According to Butterfly Conservation’s The Provisional Atlas of the UK’s Larger Moths its range extends approximately south of a line drawn between the Wash and the Severn Estuary.

However, in recent years its distribution seems to have contracted with most records coming from the southern counties of Devon, Dorset and Hampshire.

Common species of moths belonging to the same Lasiocampidae family as the Lappet are The Oak Eggar, The Fox Moth, The Drinker and The Lackey.

Other moths can be seen in the galleries and species pages 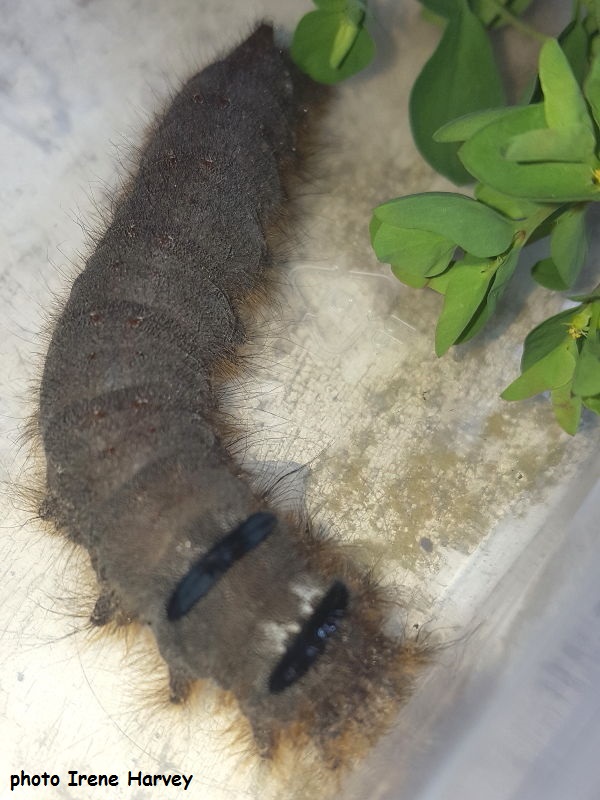 Judging by the few sightings received of Lappet Moth caterpillars the larvae are even more elusive than the moth.

The photo of the Lappet Moth caterpillar shown was taken by Irene Harvey in her Essex garden.

The Lappet Moth is single brooded, flying between June and July, with the caterpillar overwintering.

Sightings of other species of Lappet caterpillars from around the world including South Africa, North America and other parts of Europe are shortly to be added to the site.

Thanks go to June and Irene for their sightings.