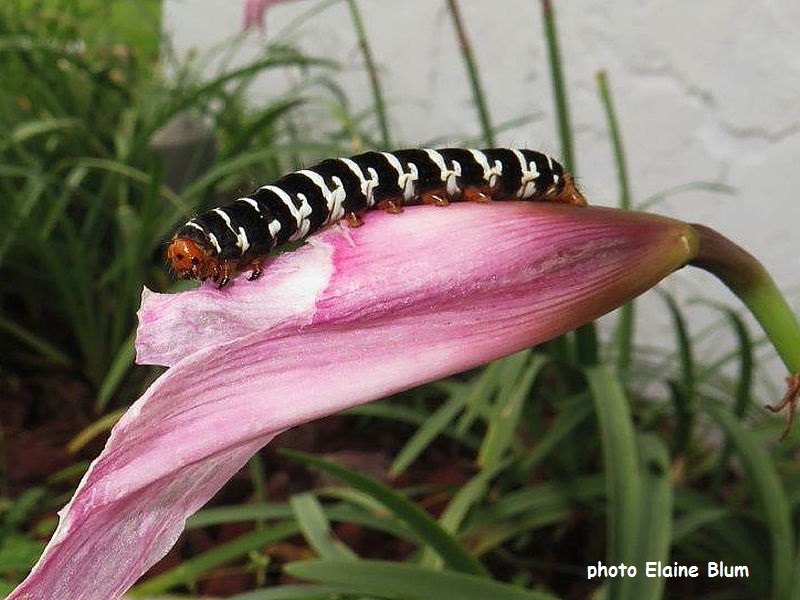 In recent days there have been several sightings from Florida in the US of the Convict Moth caterpillar.

These Convict caterpillars have similar stripes to the Hornworm of the Costa Rica Sphinx featured in other news items.

The Convict Caterpillar appears to have an orange head at both ends which is presumed to confuse predators.

In southern states the caterpillars may be found year round. In July of last year Debra Harris recorded the Convict caterpillars featured below in her garden in Alabama.

Many thanks to Elaine, Walter and Debra for their sightings and hope the lilies and Amaryllis survive! 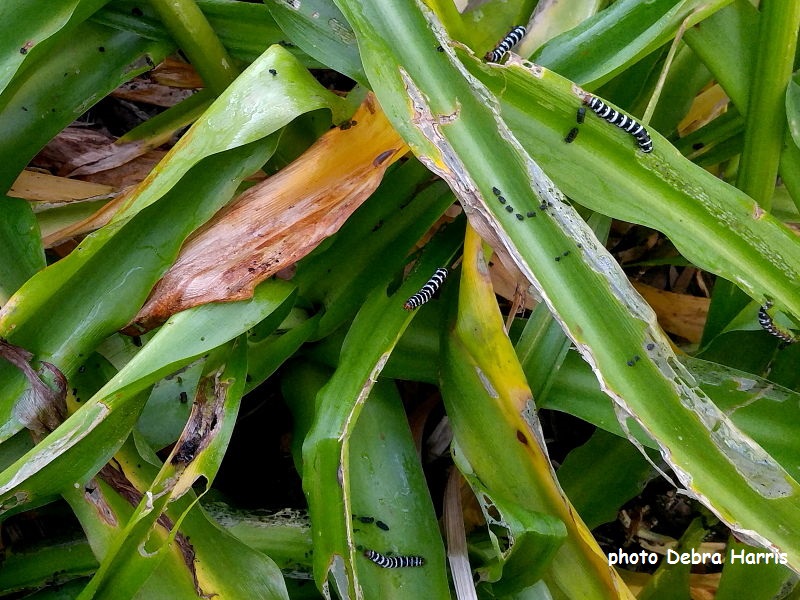 Around the world there are several species of caterpillar that feed on lilies and closely related plants.

The larvae of other insects, such as the Lily Beetle, can also cause severe damage to the lilies in many countries.