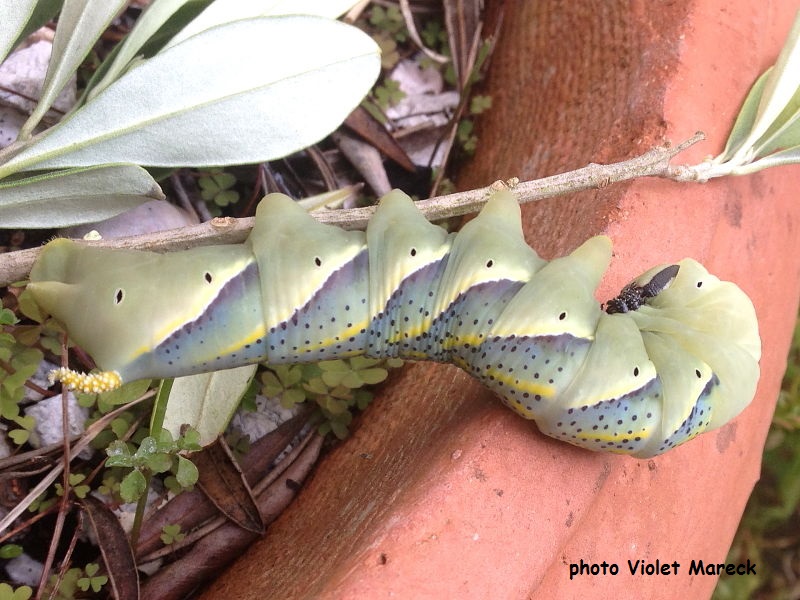 Two have been from the Isle of Wight. Violet Mareck found one munching leaves on her Olive Tree.

I think Sharon’s comment ‘this was the most amazing, beautiful, massive beast of a caterpillar I have ever seen’ echoes the sentiments of many of us who have been lucky enough to come across one of these extraordinary caterpillars. 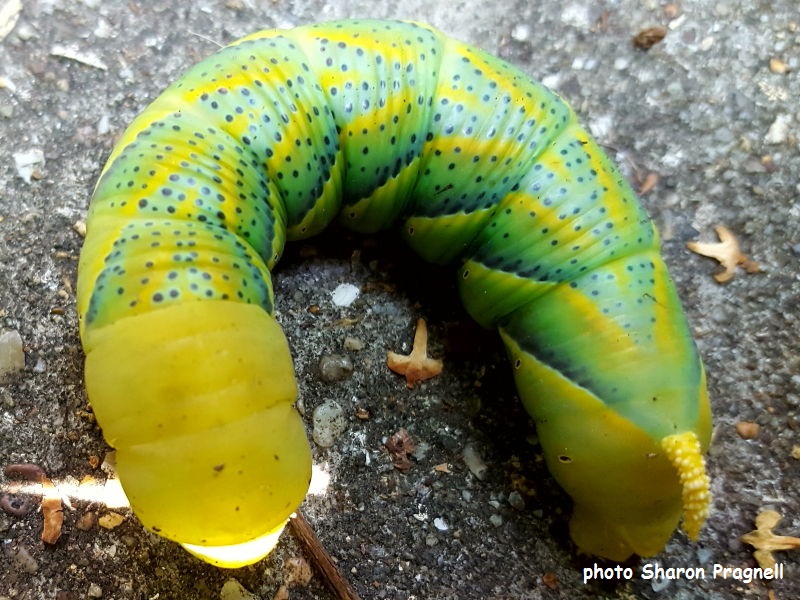 So far numbers of sightings in the UK seem to be down on previous years, with no multiple sightings received yet as in past years.
However, late summer is often the time more are found.

Other recent sightings of Death’s Head Hawkmoth caterpillars have been from Berkshire in the UK, Slovenia, France and Spain.

A few Convolvulus Hawkmoth caterpillar sightings in the UK have also been received but as yet no Striped Hawkmoth broods.

A note of interest is that already sightings of magnificent Elephant Hawkmoth caterpillars are nearing 200 ! Suggests a good year for this species. Certainly the double figure numbers of the adult moths in my moth trap during the summer indicate this.

Thanks to all those who’ve sent in sightings and photos. With numbers of sightings received reaching 35 a day it’s difficult keeping up. Amongst them have been several of particular interest and when time permits will feature on the site.

many have expressed concern over Hawkmoth caterpillars being dangerous to pets and people. Although some will behave aggressively when taking up a defensive posture this is nothing to be concerned about. These wonderful creatures should be treated with respect and when being reared provided with the right conditions and soil to pupate in.