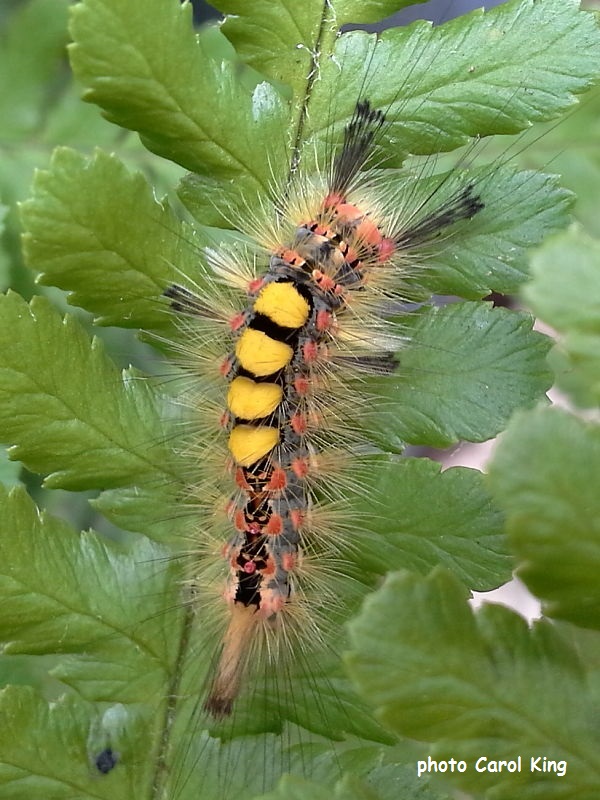 The 1000th identification enquiry of the year arrived at the weekend.

Appropriately it was the Vapourer moth caterpillar, Orgyia antigua. A species that for the last 8 years has featured in the top three most frequently enquired about species

An extraordinary species and one frequently seen in gardens throughout much of the UK, Europe and in the US where it is also known as the Rusty Tussock Moth caterpillar.

The excellent photograph and sighting featured left was received from Carol King.

Many more sightings received of a wide variety of species worldwide are scheduled to be added with accreditation to both existing galleries, species pages and new galleries –

Other galleries containing sightings of caterpillars, moths and butterflies to be added will include those for Europe, Africa, Asia and South America.