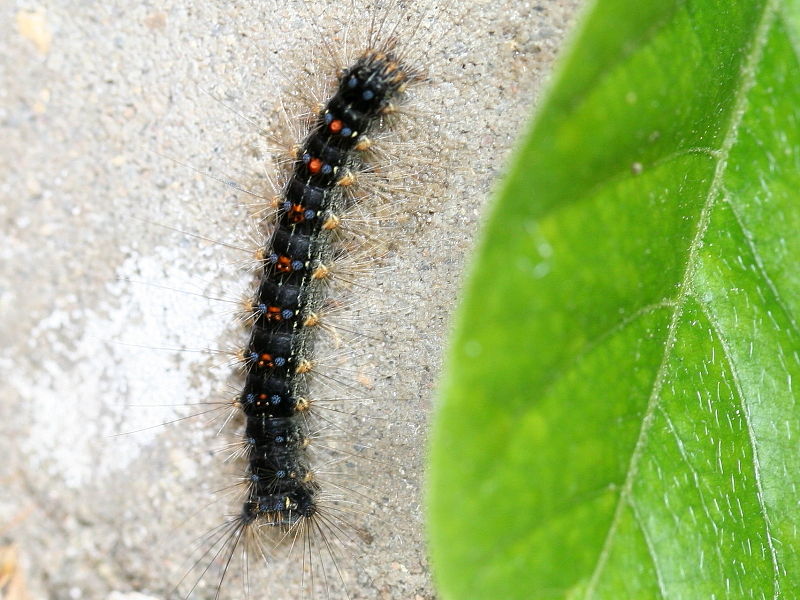 Many sightings of Gypsy Moth caterpillars have been received in the last few weeks. Gypsy moth information page.

In the UK most sightings have been from gardens in London and the south east.

However, two sightings in Wiltshire suggest the species is spreading.

This is a species that was once extinct in the Uk but has in recent years re-established itself.

The caterpillars can cause significant damage to trees and direct skin contact with the hairs should be avoided.

Several garden sightings of another pest caterpillar, the Brown-tail, have also been received.

A Gypsy Moth species page will be added shortly. Many thanks for the hundreds of caterpillar sightings received so far this year from around the world. Many have been of great interest and will be featured on the site with accreditation.