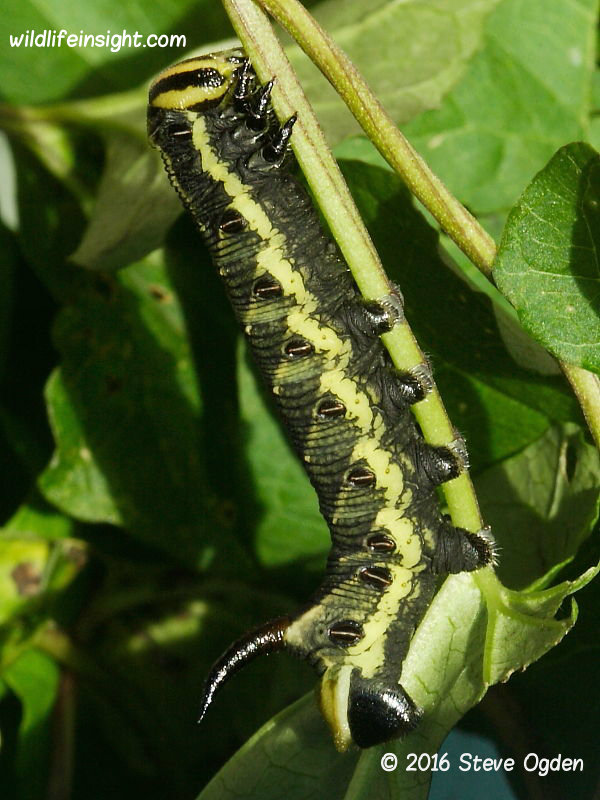 This provided the ideal opportunity to attract more migrant moths to light with the hope of them laying eggs which could then be reared on.

John Foster on the Lizard attracted a female Convolvulus Hawkmoth and a migrant Gem to light which each laid a batch of eggs.

I gratefully accepted some of the eggs and the accounts of rearing the Convolvulus Hawkmoth and The Gem have now been added to the site.

Hopefully, for those still waiting patiently for their photographs to appear on the site, time will soon permit for the relative species pages to be added.

Given the time of year it’s surprising how many sightings are still being received.

Many, of course, are from warmer countries such as South Africa and southern US states including Texas and Florida.

However, a few are still being received from much cooler northern countries. A Goat Moth caterpillar recorded in the Uk was an unexpected December sighting.