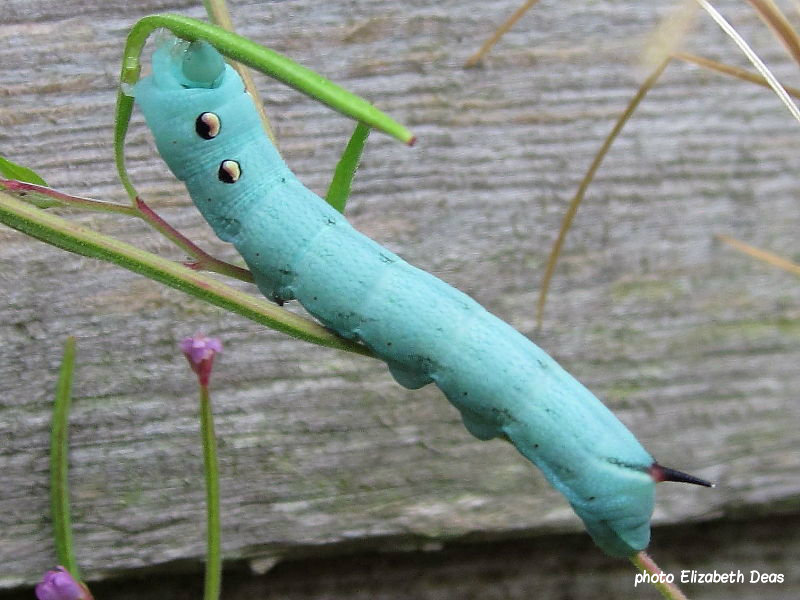 If ever a reminder was needed that nature has the potential to surprise then this emailed caterpillar photo from Elizabeth Deas provided it!

Different coloured forms of caterpillar are common amongst many broods of moths.

Most are well recorded forms but occasionally an unusual coloured one occurs.

This was the first blue Elephant hawkmoth caterpillar I’d ever come across or seen reference to. 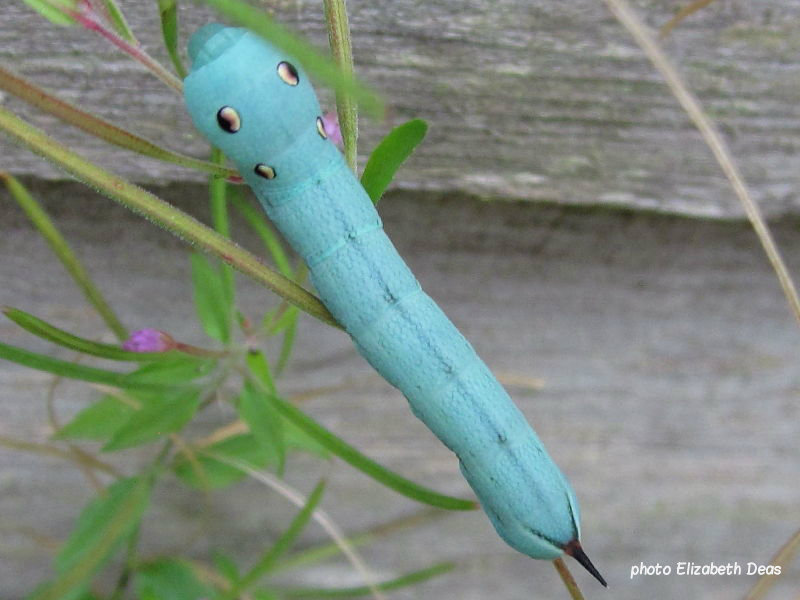 They are mostly a browny/grey or green but this one found by Elizabeth in a Cheshire garden feeding on lesser willowherb was a turquoise blue.

An eye catching caterpillar and one of the highlights so far from the 939 identification enquiries already received this year.

Thanks to Elizabeth for her fascinating sighting and permission to use her photos.

Following several earlier sightings received of Death’s Head Hawkmoth caterpillars (Acherontia atropos) in France, Italy and South Africa the first one of the year from the Uk has just been received from John Roberts in Essex. And a further 2 have just been sighted in Hampshire by Roger Parry feeding on Jasmine – last years double sighting by Joanne Turton in Hertfordshire repeating itself! Jasmine the favoured foodplant again!