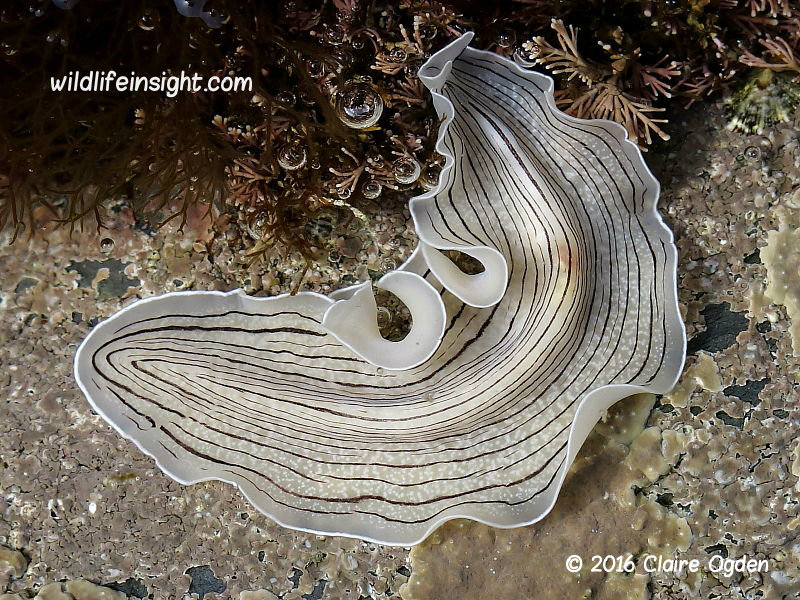 This stunning Candy-striped Flatworm, Prostheceraeus vittatus was found while rock pooling near the mouth of the Helford Estuary in Cornwall.

The crystal clear water enabled us to take this short video of it moving gracefully around the pool.

We could have spent many hours watching it. 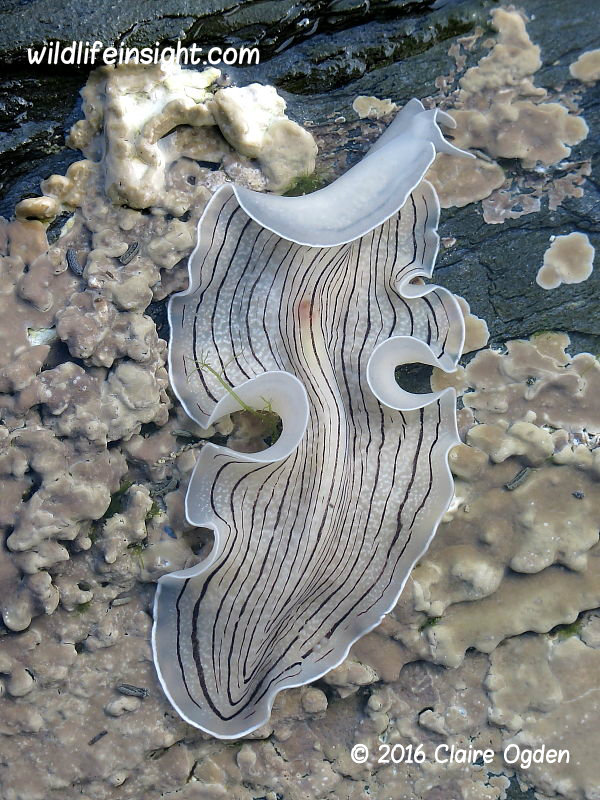 Our first impression was that it was likely to be a species of Sea Slug (Nudibranch) but a spot of research on the internet soon revealed its true identity.

However, this one was considerably longer than the 5cms most references suggested was the Candy-striped Flatworm’s maximum length.

Despite the Candy-striped Flatworm being recorded as a common species around the shores of the British Isles this was the first we’d ever seen.

Which seemed surprising given the countless hours we’ve spent photographing marine life all around the Cornish coastline.

A possible explanation for this is that it spends much of its time out of sight beneath stones as reported in several species accounts.

So it seems we were very fortunate to come across one moving around the rockpool in the open.

Some of the best places for marine sightings in Cornwall