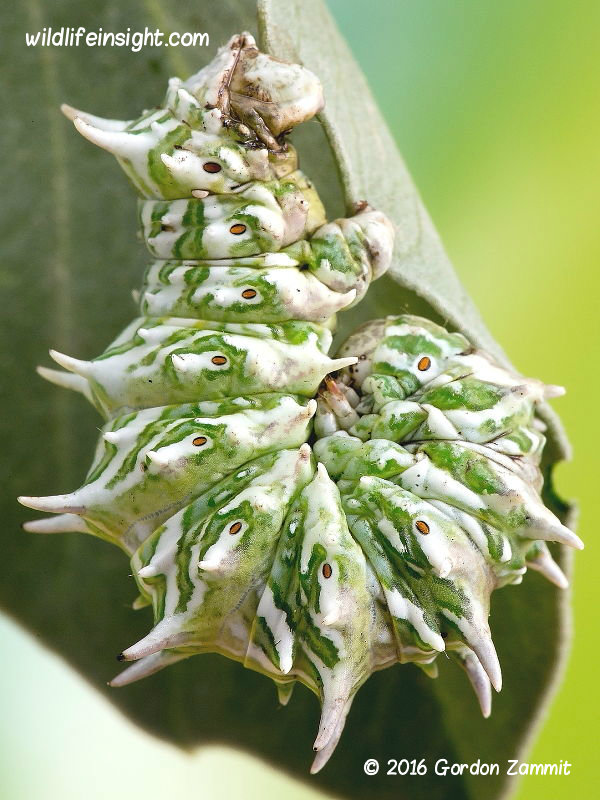 This photo of the caterpillar of Apochima flabellaria was received from Gordon Zammit in Malta.

Gordon found it feeding on cultivated broad beans not indigenous to Malta. He enquired about it after failing to find it in the British Isles Caterpillar galleries from which in the past he’d identified other species of Maltese caterpillars.

Indeed, many common moths and butterflies found in the British Isles are also resident in many other parts of Europe. However, it seems unlikely that Apochima flabellaria will ever be recorded in the British Isles due to its mainly extreme southerly distribution in Europe extending into North Africa.

All images are welcome whether identified or not.

Many thanks to Gordon for the use of his photo and sighting of Apochima flabellaria.

Latest news and sightings have included several Forest Tent larvae from Texas and Mississippi, African Emperor moth, Oleander Hawkmoth and Asota speciosa from South Africa, a yet to be identifiied saturnidae from Zambia, Trabala vishnou and several yet to be identified from India and a selection of overwintered Hairy Caterpillars from the British Isles.