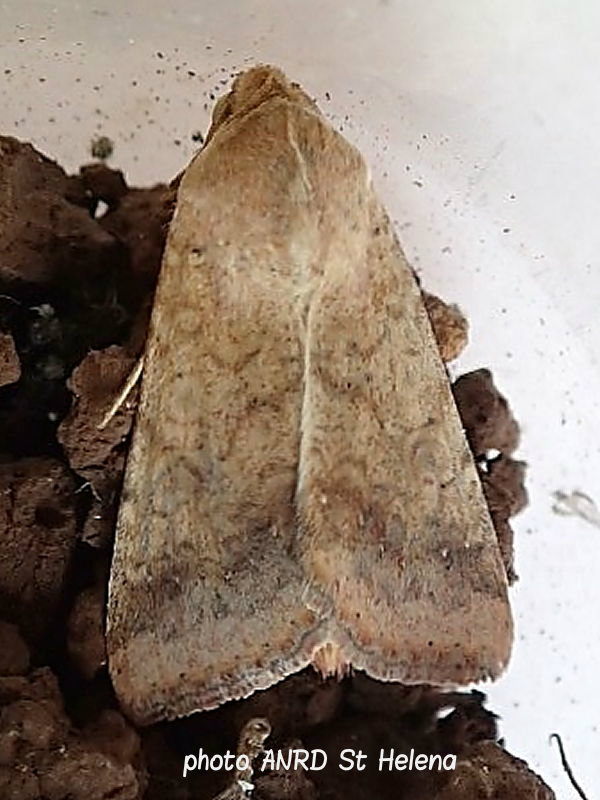 A moth from the middle of the South Atlantic

An interesting identification query recently arrived from the remote little island of St Helena, in the middle of the South Atlantic.

The photo of a green larva (caterpillar) was sent in by the island’s Agriculture and Natural Resources Division.

The larva had been found on green pepper imported from South Africa.

Unfortunately the species couldn’t be determined from the photo so the ANRD team decided to rear it through to determine the species.

Three weeks later the photo shown left of the emerged moth was received. And it seemed rather familiar – a likely form of the very variable Helicoverpa armigera, The Scarce-bordered Straw.

A species not only known for its strong migratory tendencies but also for the pest status of its caterpillar in many countries of the world. In Africa it’s known as the African Bollworm.

The moth emerged from its pupa in 16 days having experienced a consistent temperature range of 24-28c.

H. armigera is known for its rapid development and for being continuously brooded in countries with all year round high temperatures. Consequently it seems plausible that just a single pair of moths resulting from two imported larvae arriving on St Helena could very quickly establish a resident population. So an important interception by the team at ANRD.

To rule out the possibility of there being any South African confusion species I consulted Hermann Staude, a very knowledgeable and helpful contact in Cape Town, who was able to confirm it as Helicoverpa armigera.

Hermann informatively pointed out that the row of silver spots along the post median line of the forewing is a diagnostic character, this feature being absent in other African Armigera spp.

So that wrapped it up and confirmed Helicoverpa armigera as a new species of moth to be recorded on St Helena.

Thanks go to Dr Jill Key and the team at ANRD St Helena and Hermann Staude in South Africa. 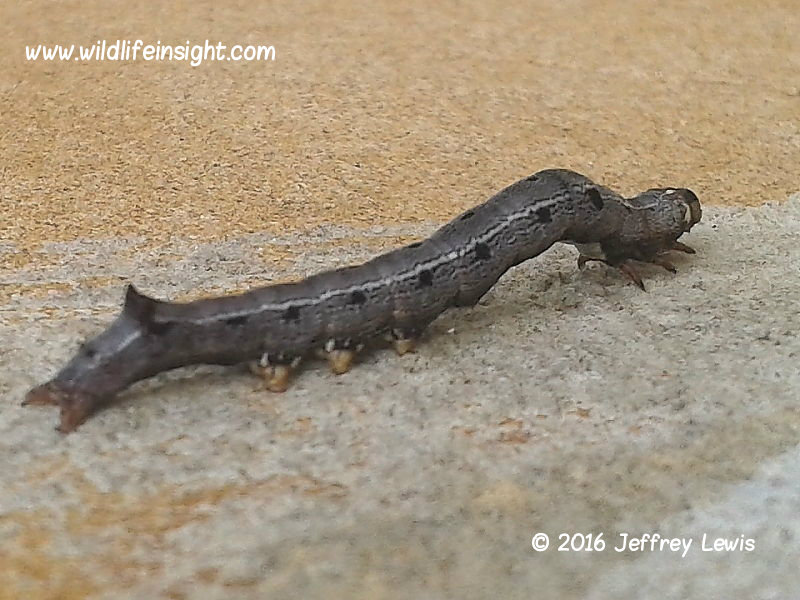 Often the rearing through of caterpillars is necessary to determine species and improve our knowledge. It’s also something anyone with a little basic knowledge can do and enjoy.

I’m eagerly awaiting news and photographs of emerging butterflies and moths from several unidentified caterpillars/pupae being reared in different parts of the world. This is always exciting, particularly in those countries where limited recording of the early stages of moths and butterflies has taken place.

The image left shows a species of Erebidae being reared through in Tanzania. It has already pupated and hopefully a moth will emerge soon.