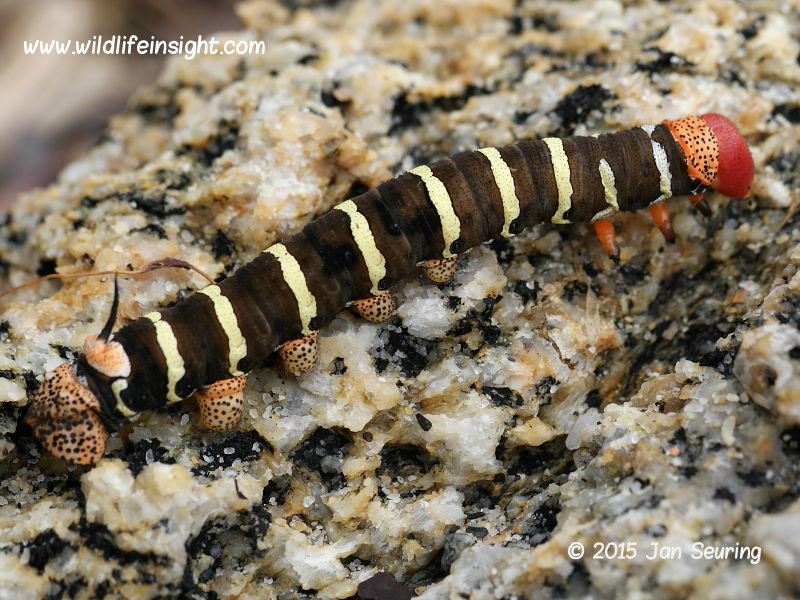 Ask a child to draw a caterpillar and they may well come up with one that looks like this.

They are the boldly marked caterpillars of the Costa Rica Sphinx moth caterpillars, Pseudosphinx tetrio.

One the most distinctive Hawkmoth caterpillars in the world.

The Convict Caterpillar is another black and white striped caterpillar that could be confused with a small Costa Rica Sphinx Hornworm.

See more information and photos of these extraordinary caterpillars and the toxins they contain to prevent predation. 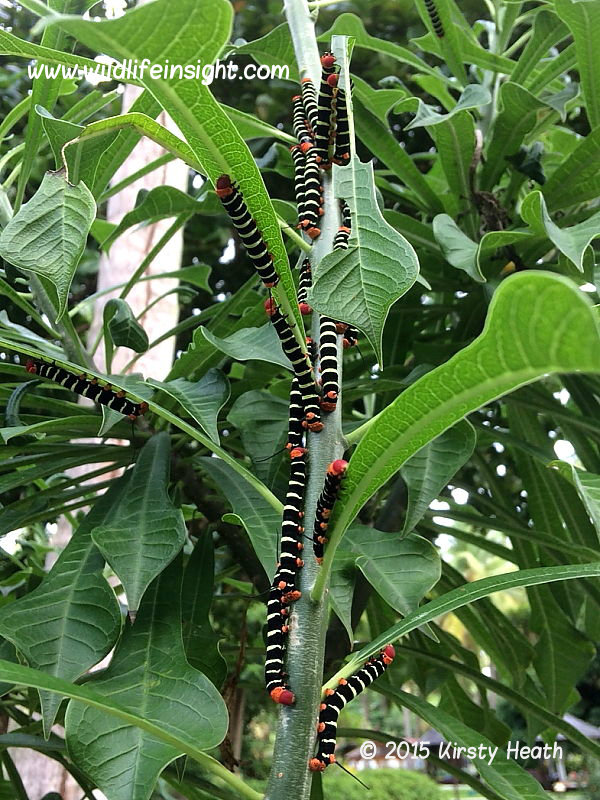 Recently several identification enquiries have been received for these caterpillars from the the Caribbean.

Jan Seuring emailed the close up photo shown above of a Costa Rica Sphinx moth caterpillar crossing a rock on the Caribbean coast of Colombia – possibly having left the foodplant to wander in search of somewhere to pupate in the soil.

And on St Lucia Kirsty Heath emailed the photo shown left of several Costa Rica Sphinx caterpillars feeding on the leaves of a tree in a hotel garden – possibly a frangipani tree.

The caterpillars are so frequently recorded feeding on frangipani that in some countries they are better known as Frangipani Hornworm.