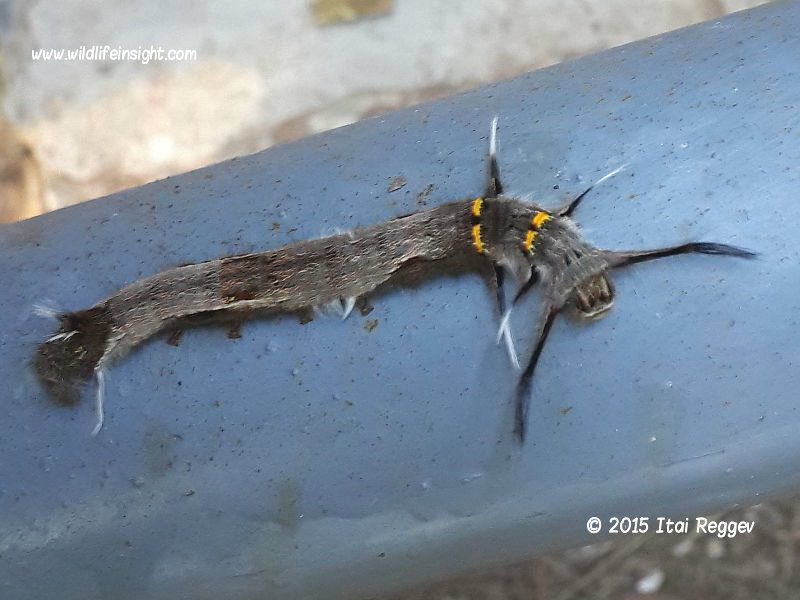 Cornwall may be buried in winter gales but a touch or warmth is received daily in the form of emailed photos of stunning caterpillars from much warmer climates.

In the last few days alone some fascinating photos of caterpillars from Texas, Florida and Michigan in the States, Uganda, South Africa, Portugal, India, St Lucia and China have been received.

This photo was actually sent in a few weeks ago by Itae Reggev from near Yangshuo in China.

Somehow it looks as if it ought to be a Chinese species – almost dragon like.

The caterpillar was on a hand rail and touched by Itae’s daughter by mistake.

‘its body felt like small spikes and wasn’t soft’

Apparently none of the locals could help identify it. Well I’m not exactly local and my knowledge of Chinese caterpillars is limited, to say the least!

But such a wonderful creature has to have a name – doesn’t it?

I’m researching at the moment to try and identify.

Photos of caterpillars whether identified or not from around the world are welcome and may be added to the site with your consent and accreditation.

Many thanks to Itae Reggev for this one. Hope to get back to him with an id soon.