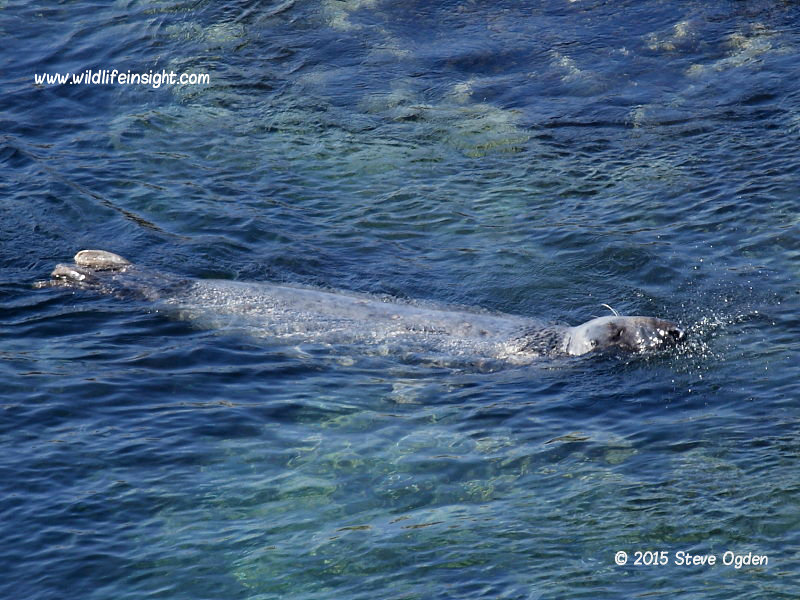 If ever we needed reminding the weather and the seasons change rapidly here in south west Cornwall then the last few days have demonstrated it.

This seal and several others were watched leisurely swimming in crystal clear water at West Pentire Head on the North Coast of Cornwall at the weekend.

Looking down on them from the south west coast path at low water on a big spring tide they could be clearly seen swimming under water over the seabed. Other sightings included several Wheatear and a single Chough.

Today, a couple of days later, and the mist, rain and gales of Autumn have arrived – was that summer!

West Pentire is one of many places along the south west coast path of Cornwall to seawatch for birds, seals, dolphins, sunfish and if really lucky a basking shark. Mutton Cove at Godrevy is one of our favourite places to see to seals later in the year.

The fields at West Pentire are managed by the National Trust and well known for their fantastic wild flower displays in early summer.