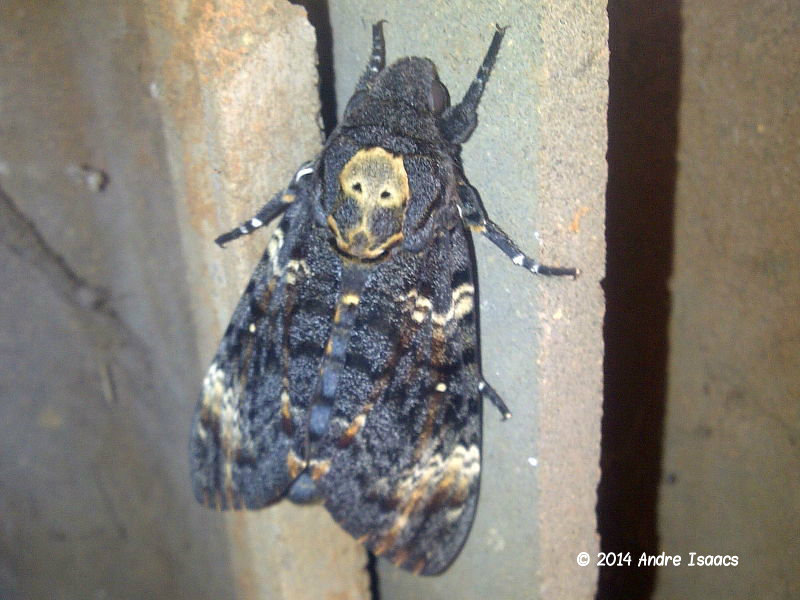 The first migrant Death’s-head Hawkmoth caterpillar (Acherontia atropos), sighting of the year arrived this week from Joanna Turton in Hertfordshire. As is customary it was greeted by a ‘oh, what a pity, why couldn’t it have been in my garden’ or words to that effect! But having got over that little tantrum I was totally unprepared for the next turn of events – I’ve never heard anything like it in the Uk before!

Most of the records I receive for this huge hawkmoth come either from southern Europe or South Africa where the species is resident and relatively common. The adult moth shown emerged from inside a shed in Durban South Africa where Andre Isaacs had previously seen a pupating caterpillar.

But every year I receive 2 or 3 sightings from the UK.

Any initial envious reaction to any sighting of this huge caterpillar is down to it being a species that I’ve still yet to come across in the UK. I nearly said ‘hadn’t found’ but that would suggest a planned search when, in reality, it’s so rare that it’s only ever recorded by chance.

Reference books suggest the normal larval foodplant in the Uk are potato crops. 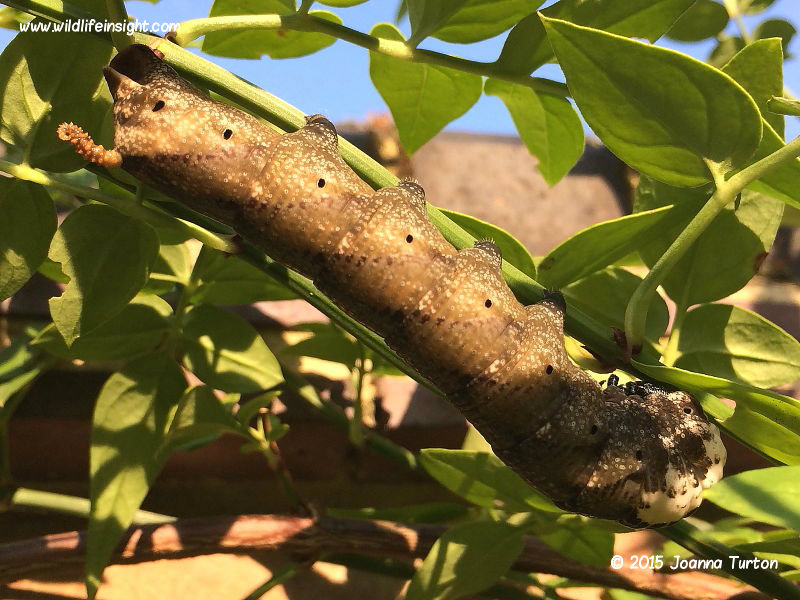 And yet Joanna’s husband found this dark form of Death’s-head Hawkmoth caterpillar while clearing up around jasmine in their back garden in Hertfordshire.

The next day Joanna went out to find it and take some more photos, and guess what – she found another, as you do! This time a yellow/green form.

Now, this was particularly interesting. What was so special about Joanna’s garden?

She must have wished she hadn’t ever contacted me such was the barrage of questions about the contents of her garden, the surrounding land use and critically what were the caterpillars feeding on? 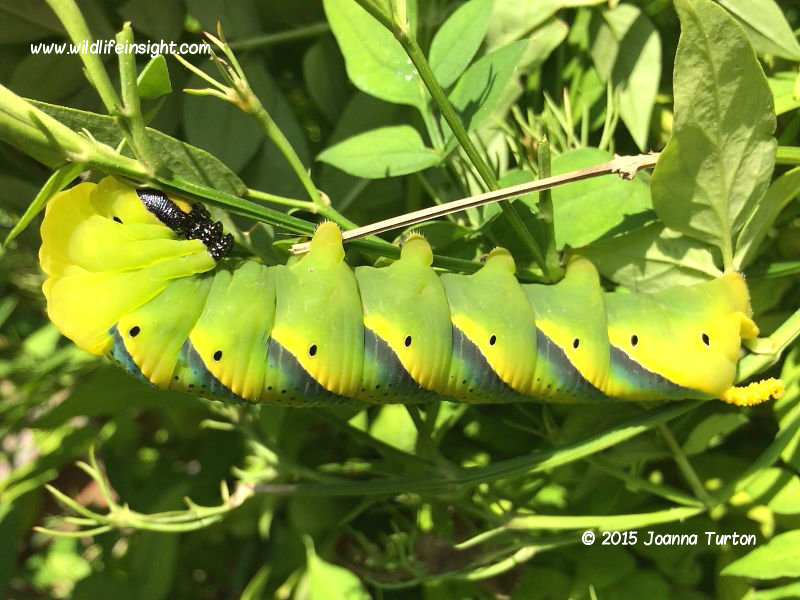 Fortunately, Jo was understanding enough to respond readily by sending me a photo of her well maintained garden – showing shrubs and flower borders around a small lawn typical of the back garden of a house on a modern estate. And in the photo were also the jasmine shrubs on which the caterpillars were indeed feeding. My thanks to Jo for her sighting, the use of her photos and her patience!

So my next question is for others: have you found Death’s-head Hawkmoth caterpillars feeding on jasmine in the UK?

Maybe I should have been spending more time searching jasmine plants in friends gardens rather than trudging through mud caked potato fields with little real expectation!

Anyway, the upshot to all this is that overnight I’ve become a keen gardener intent on digging up the lawn and covering it in jasmine. Ironically, I took out a jasmine shrub from the garden only last year! See More information on Death’s-head Hawkmoth and other sightings from the UK and South Africa.

The Colour identification guide to caterpillars of the British Isles by Jim Porter.
The Field guide to the Moths of Great Britain and Ireland by Waring,Townsend and Lewington.