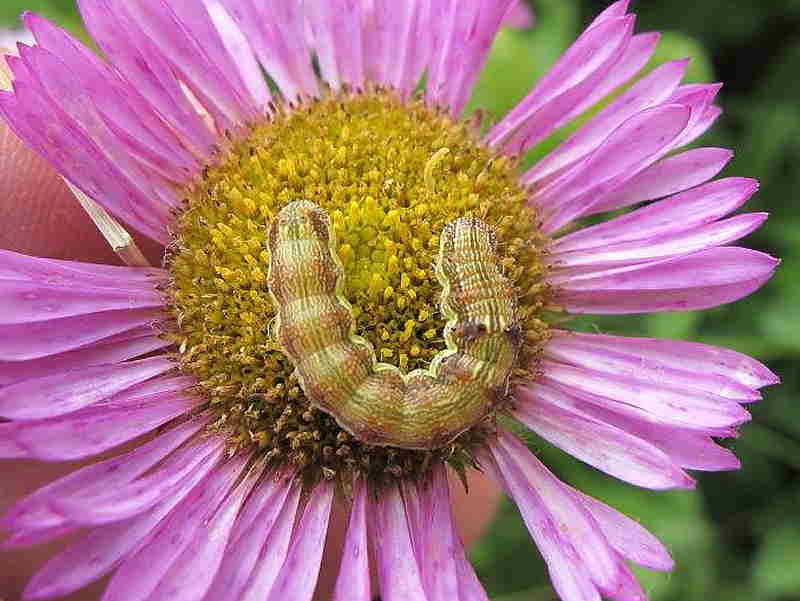 When sightings come in of caterpillars found on cultivated flowers and from inside buildings quite often they turn out to be
caterpillars of the migrant moth the Scarce Bordered Straw (Helicoverpa armigera).

Carol Littlewood north of the border in Montrose found these last year on chrysanthemums she’d bought from a local supermarket.

Her smashing photos shown were taken having placed the caterpillar outside on a flower in the garden. 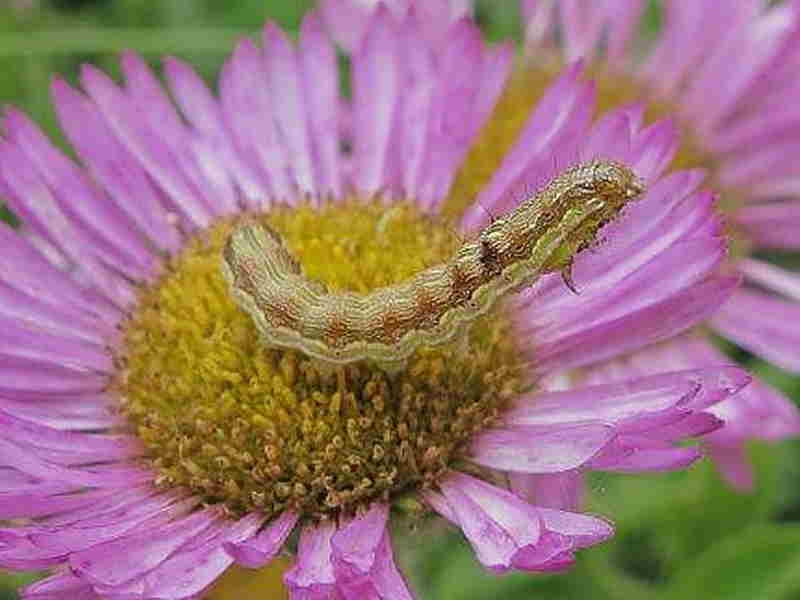 More recently Ilka Reglitz in London sent in the image shown below of a Scarce Bordered Straw caterpillar found feeding in a mixed bouquet of flowers containing ruscus, sunflowers and carnations.

And news received of a caterpillar crawling across the floor of a primary school on the west coast of Scotland sounded rather odd at first. But it soon made sense when the photo revealed it was also the caterpillar of the Scarce Bordered Straw.

It seems very likely it had been brought into the school on an imported plant and had wandered off. 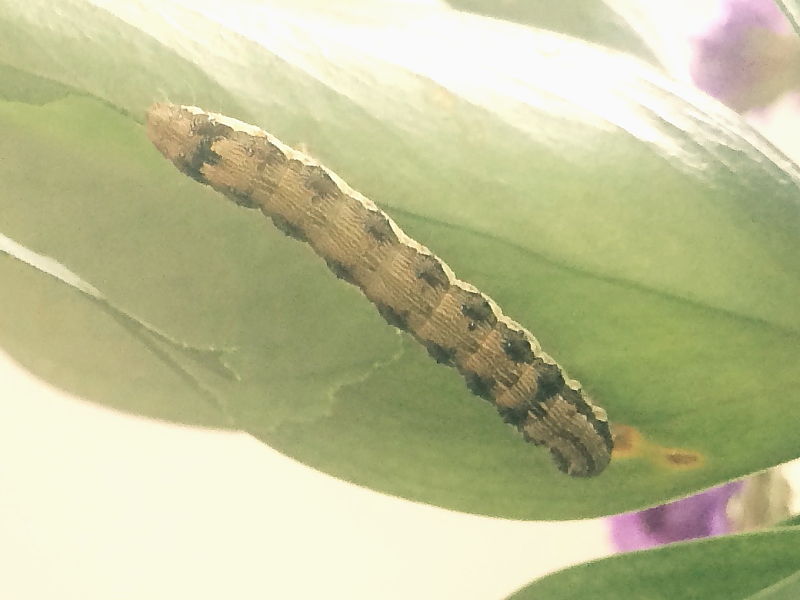 And I well remember rearing through several found on super market imported carnations in 2006.

So it wouldn’t be surprising if hundreds, perhaps even thousands, enter the country every year on imported agricultural produce.

As seen in the previous ‘latest sightings’ a close relative the Bordered Straw is also a migrant moth with caterpillars that feast on garden flowers.

Thanks to Carol and Ilka for their sightings and use of their images.