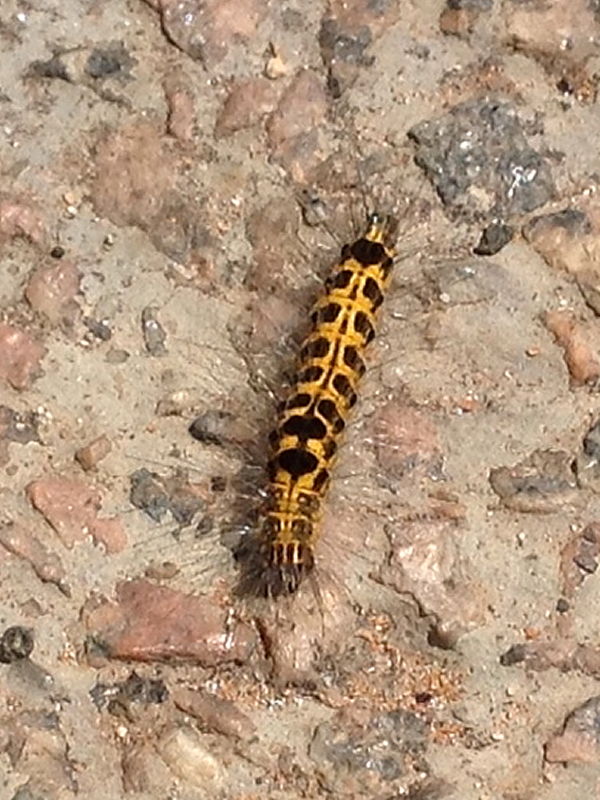 Some residents in the Seychelles have suffered allergic reactions from the urticating hairs of caterpillars that this year suddenly appeared in large numbers in parts of the island. Davina Sabino sent in these images of the moth, caterpillar and cocoons.

Surprisingly for such a distinctive caterpillar nobody seems to know what species it is, other than it’s likely to be a species of Euproctis belonging to the moth family known as Lymantriidae. Just like the Brown-tail moth caterpillar, Euproctis chrysorrhoea, found in the British Isles the caterpillars of several species in this moth family are known for their urticating hairs.

The adult moth looks similar to the Brown-tail moth but there the similarity in appearance seems to end as the caterpillars look very different.

The feeling is that they may have either been accidentally introduced on imported products or the caterpillars were already on the island in small numbers but hadn’t been recorded, and undergone a sudden population explosion. 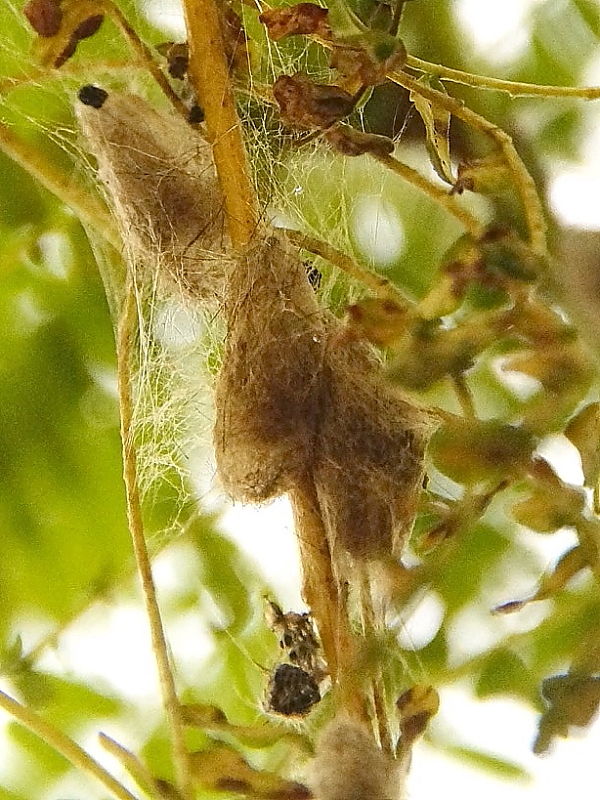 I’ve forwarded the images to several expert lepidopterist contacts in other parts of the world who help me with foreign caterpillar identification enquiries to see if they can identify it but, so far, without success.

When nobody is able to identify such a distinctively marked and abundant caterpillar it helps to underline how under researched lepidoptera are in many parts of the world. And, sadly, how many must be becoming extinct before ever being described.

Thanks to Divina for a fascinating enquiry.

Should anyone be able to help with the identity of this species or wish to help with future caterpillar identifications from any country in the world I’d be delighted to hear from them.

So if you have images of caterpillars that you wish to either have identified or would like to show others with accreditation please send them in. There truly are some sensational species out there – many awaiting identification.