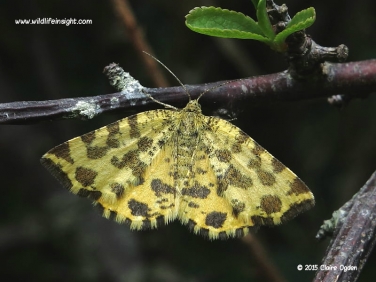 This is a moth that’s often mistaken for a small yellow butterfly in flight but more easily identified when settled.

Other yellow moths that can be disturbed during the day are The Brimstone moth and the Yellow Shell.

Earlier in the week one of the most easily identifiable migrant moths in the British Isles the Hummingbird Hawk-moth was seen visiting flowering Geraniums in the garden.