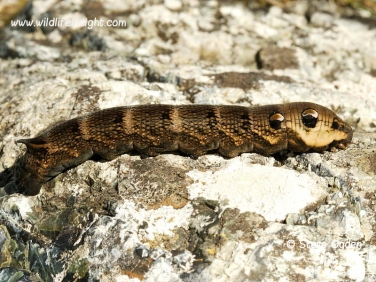 Last year this was the most commonly reported species and this year looks as if it is going to be a repeat.

Hawk-moth caterpillars are most frequently sighted at this time of year as they leave their food plants and go for a wander to find a place to pupate in the soil. 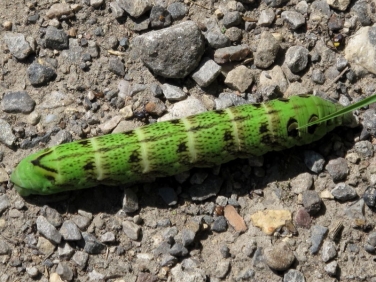 Malcolm Haddock sent in the image right of a green form seen at the RSPB Old Moor Reserve near Doncaster.

And, as if seeing this magnificent caterpillar wasn’t enough, Malcom also saw a Great White Egret, a bird hopefully establishing itself as a breeding bird in the British Isles.

Many thanks Malcolm for your record and sharing your image.