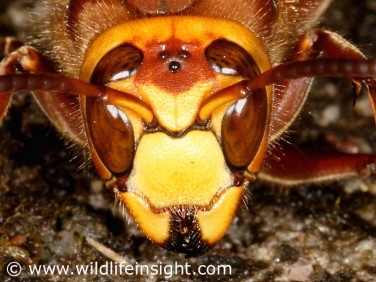 A wasp (pictured right) the size of a zeppelin flew across the lounge whilst we were dozing in front of the TV the other night.

It was a female Hornet (Vespa crabro) – at over 30mm the largest species of wasp in the British Isles.

A loud, deep buzzing noise signalled its arrival and accompanied its slow, air ship like flight around the room.

Fortunately, despite their menacing appearance, they are surprisingly docile. 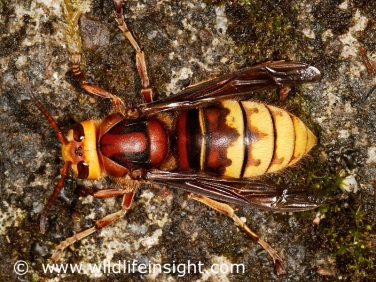 Over the years I’ve had many in the moth traps but have yet to be stung.

Whereas not a year goes by without being stung by the more aggressive common wasps.

Having just written that I hope I’m not tempting fate as they do have a powerful sting.

This Hornet was easily caught and once photographed released back into the garden.